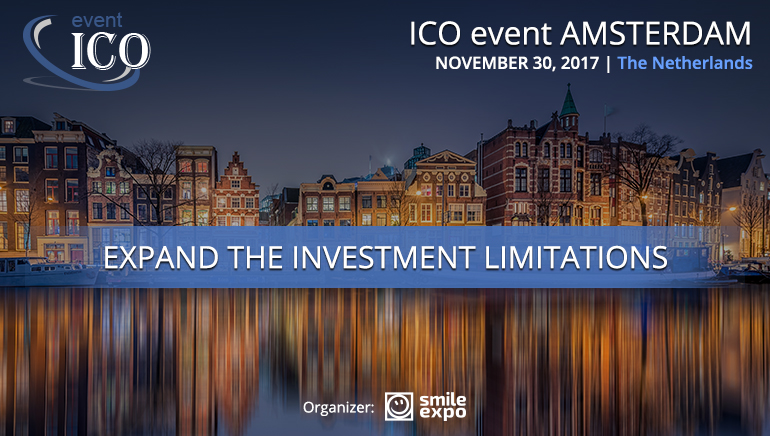 Investment and technology converge at ICO Amsterdam this fall.

This fall, Amsterdam is set to host the second major conference of the year for the emerging technology software Initial Coin Offering ICO.

At this point, ICO is much better seen than heard: for this reason, about 20 companies will demonstrate ICO solutions such as virtual currency exchanges, blockchain platforms to assist in ICO preparations, and cryptocurrency payment systems.

The conference will examine a full range of ICO perspectives in the entrepreneurial and investor contexts. It is further set to examined related topics such as regulation of cryptocurrency crowd-sales, ways to attract investors to them, finding prospective ICOs to invest in, and investment protection.

Presenters will include players in the cryptocurrency market in Europe and the world, with successful project founders sharing their experience in conducting campaigns.

ICO Event Amsterdam 2017 is part of the new ICO event network organized by current leading Blockchain& Bitcoin Conference organizer Smile Expo.  Other ICO events to be held this year will be in London and Moscow.

Blockchain will also be discussed at ICO Amsterdam, from the local perspective. The Dutch Government is already planning to integrate ICO into the financial system through the establishment of the Dutch Blockchain Coalition.

The coalition will consist of a full blockchain campus incubating projects for government support, rendering the Netherlands overall and Amsterdam in particular as a leading startup environment fertile for encouraging a high level of interest in ICOs among business and IT communities.

ICO Event Amsterdam is geared towards a diverse range of stakeholders, from young companies planning to raise investments using an ICO to investors looking for ways invest effectively, to experts and advisers engaged in ICOs and cryptocurrencies.