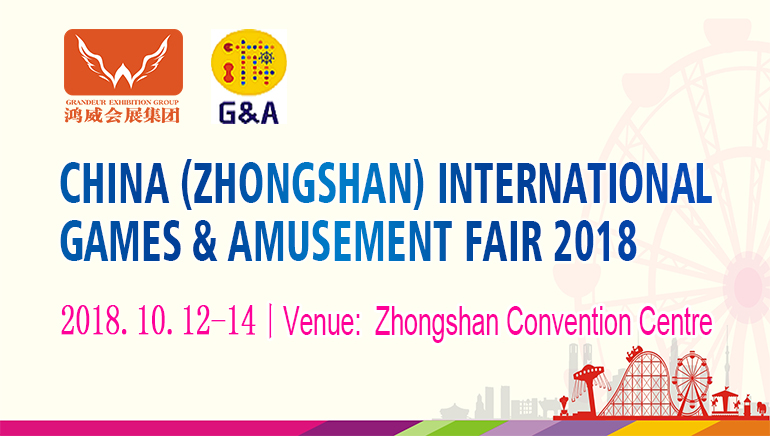 The 2018 International Games and Amusement Fair is to be held from October 12th to 14th in the city of Zhongshan China.

Last years event was attended by over 30,000 visitors who visited the 450 exhibitors in the play and amusement park manufacturing businesses, as well as the gaming, gambling and construction sectors.

This will be the 10th year for the China International Games & Amusement Fair and it's being held in the centre for amusement park equipment manufacturing. While much of the focus is on the theme parks and play area sectors, there's plenty of other attractions at the fair, including exhibitors from gaming regulatory bodies, sports betting associations and representatives from casinos worldwide.

It's an ideal opportunity for attendees to network with their peers, and to make contacts in the huge Chinese amusement industry, with manufacturers, designers and developers all presenting their companies.

The fair is being held at the main Zhongshan Convention Centre with a sub-venue at the Guangdong Game and Amusement Culture Industry City. It's a truly international show, with over 1,500 overseas visitors in 2107, and more lined up to attend the 2018 event.

Seminars from a host of speakers, both Chinese and from around the world are scheduled to appear at the biggest event yet.