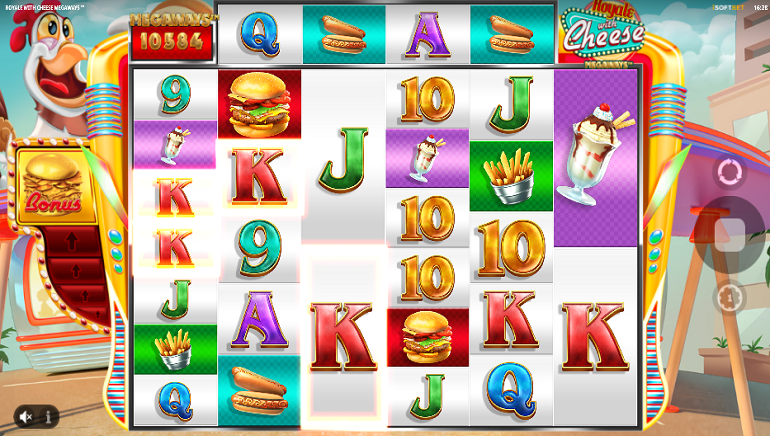 iSoftBet has taken its talents to the fast-food world with its newest release, Royale with Cheese Megaways™.

iSoftBet is one of the world's leading online game suppliers and content aggregators. They have released hundreds of games that have become industry favorites including its impressive collection of Megaways™ titles, including the African adventure slot Majestic Megaways™, the wildly popular Aztec Gold Extra Gold Megaways™, and recent Twisted Tales spectacular Moriarty Megaways™.

You may remember a very funny discourse from the Academy Award-nominated movie, Pulp Fiction, wherein Jon Travolta and Samuel L. Jackson discuss the difference between a Quarter Pounder with Cheese and a Royale with Cheese. This instantly gave a cult following to the Royale with Cheese and countless restaurants have created their spin on the classic European McDonalds burger since the film.

The slot is set inside of a classic American diner and offers the popular Megaways experience that iSoftBet has become famous for. There are 117,649 ways to win and a maximum jackpot of up to 50,000x.

The game does not resemble the conversation from the Pulp Fiction scene, but, on the reels, you'll see a bunch of diner snacks that hold the potential for big payouts, cascading wins, and Max Megaways.

In the free spins mode, players are able to ‘Build Your Burger’, which can be triggered by either three or more bonus symbols or five or more consecutive cascades.

There are multipliers that increase for every bonus round win, which will leave players with potentially big wins.

Mark Claxton, Head of Games, iSoftBet, commented: “Royale with Cheese Megaways™ is a fun food-filled adventure offering a truly different gaming experience. With plenty of tasty symbols within the reels, we can’t wait to whet players’ appetites with this high volatility hit.

“The Build Your Burger feature at the start of the free spins mode adds an interactive element where the right fillings can lead to huge boosts in the round, with players leaving the diner with extra-large winnings!”