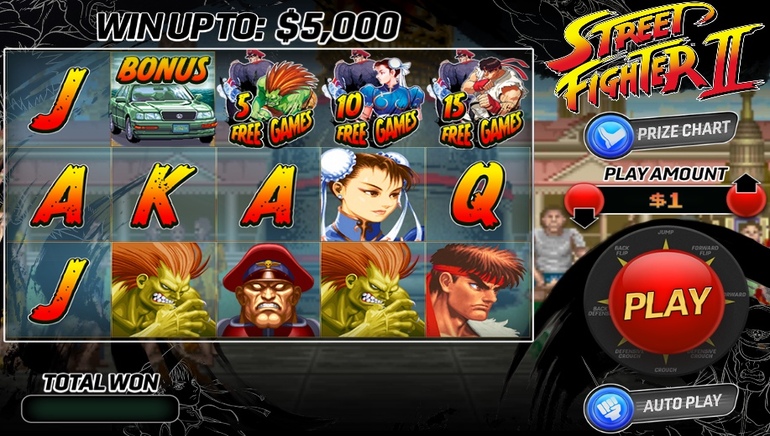 Instant Win Gaming is a prestigious supplier of digital eInstants to NASPL/WLA-member lotteries. The recent partnership with Capcom has resulted in the international release of Street Fighter™ II-themed eInstant. The game pays tribute to the legendary franchise that celebrates 35 years of existence in 2022. This represents an important milestone for the company and a reason for joy for those who love playing the famous fighting game.

The much-anticipated release is scheduled for September 2022 and it is expected to rank high in popularity among American fans. This is a partnership with Virginia Lottery, which approached IWG with this proposition to develop a Street Fighter eInstant. The stakes are high because fans of the franchise won't settle for second best, especially now that they are celebrating 35 years of excellence.

Rob Wesley, Deputy Executive Director of Lottery at Virginia Lottery Was the one to break the news about its new game. He highlighted the popularity that Street Fighter still enjoys the day, three and a half decades after it was first unveiled. The original games have generated a cult following and most of the themed content also ranked high in the preferences of players.

eInstant Sales Surge in the US

The Street Fighter™ II-themed eInstant comes at the perfect time to celebrate the 35th anniversary. It is also an excellent moment for eInstant lotteries as the sales have followed an upward trajectory in the last few years. If past performance can predict future results, the release of the new game in September will likely produce solid figures.

IWG is a famous brand worldwide, with two decades of experience in producing some of the best games for lotteries. They are also one of the most prolific companies in this line of work, with hundreds of new InstantGames unveiled every year. Knowing this, it comes as no surprise that they were chosen by Virginia Lottery and Capcom to develop the Street Fighter™ II eInstant.

Capcom is a leading worldwide developer, publisher, and distributor of interactive entertainment for computers and consoles. It has several amazing franchisees, including Street Fighter™, which is also one of the most enduring ones. They choose their partners carefully, so the fact that they decided to have IWG develop this game for the anniversary year speaks volumes of their trust in them.