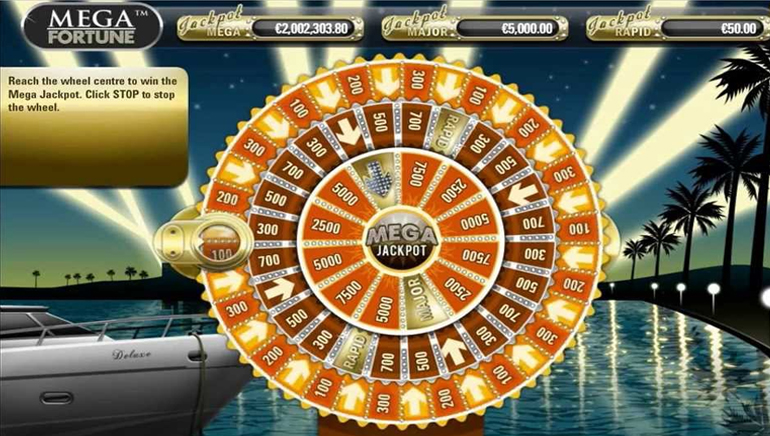 Net Ent games have paid out three huge jackpot wins in the space of just a few days this January.

Progressive Jackpot slots from Swedish games developer Net Ent have paid out over €250 million in the last few years, turning 55 players from 10 countries into millionaires, so it should be no surprise to see that so far in 2016, three people have hit major wins on their games.

The winning streak kicked off on 15th January when a player from Finland, playing at Paf scooped €3.4 million from a €4 wager on Mega Fortune Dreams.

Just couple of days later a UK resident playing the original Mega Fortune slot at Casumo Casino won some €2.7 million, and then on the 19th of January a tiny €0.40 Bet was enough for a lucky Norwegian player at Vera and John Casino to win €1.6 on the Hall of Gods game.

The Chief Product Officer at Net Ent, Simon Hammond said "..we are thrilled to have created three new multi-millionaires in less than a week. We're already looking forward to the next big jackpot win - at this rate I'm sure that it will drop soon."

Mega Fortune, and the spin-off Mega Fortune Dreams carry with them one of the biggest online progressive jackpot prizes, having paid out the world record for a single win when €17.4 million went to a player in 2013. With images of yachts, limousines, fine jewellery and drinks decorating the reels, the Mega Fortune games give players a glimpse of what could be theirs with the massive jackpots available. As well as the progressive prizes, a rewarding free spins round can bring some big wins to players.

Hall of Gods features Nordic characters like Odin, Thor and Idun on the 5 reels and 20 pay lines. As well as a free spins feature, the bonus game has 15 shields on display and players need to smash them with a hammer to reveal the prizes under them. If they find three identical amounts then they win one of the three progressive Jackpots.