Join Games Lands A Winner with Gloves of Glory Slot 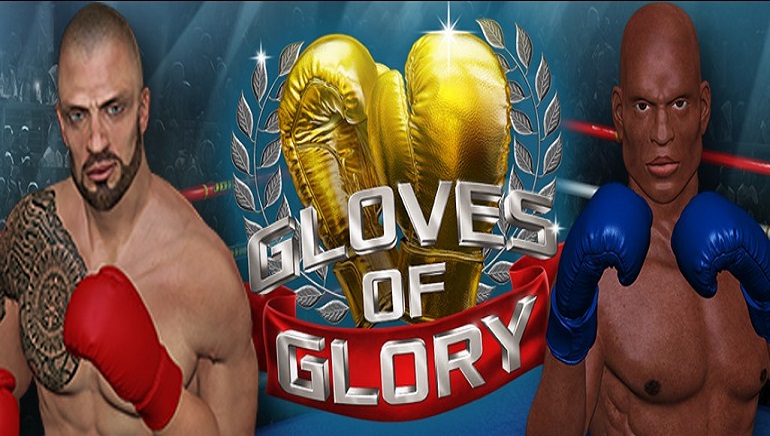 Gloves of Glory is a pugilist's dream come true slot game. It features hard-hitting contenders in a 5 x 3-reel video slot game with 15 paylines in play. Fight Night has arrived with Gloves of Glory slot.

Hard-Hitting Action with Gloves of Glory

Gloves of Glory by Join Games Studios is the latest interactive slot game to hit the scene. This game features a pair of golden gloves, 15 paylines and a 5 x 3 grid of mesmerizing boxing. Players are treated to a play-by-play ensemble of top-rated gaming with a championship fight fest taking place.

Gloves of Glory slot game is fully immersive, with an engaging set of features designed to bring players into the ring where they can line up lots of winning combinations. The game is laden with features including the red glove wild symbol, the boxer scatter symbol, and the golden title belt bonus round.

Wilds substitute for other symbols to form winning combinations except for scatter symbols and bonus symbols. Scatters form in combinations to award players with free spins. Anytime players win during the free spins round, their winnings will be multiplied by 3. The bonus round is triggered when players land 3+ championship belt icons. Next, players must choose the punch combination to KO the other player to win the purse.

The high paying symbols in the game are the fighters, the bonus symbol, the bell and the punching ball. Low-paying symbols include 10, Jack, Queen, King and Ace symbols. Players can easily toggle their level of play, and their bet size by clicking on the +/- buttons on screen. As the underdog on the ticket, you have everything to prove going up against the champion. That's what makes Gloves of Glory a true ‘rags to riches’ slot game.