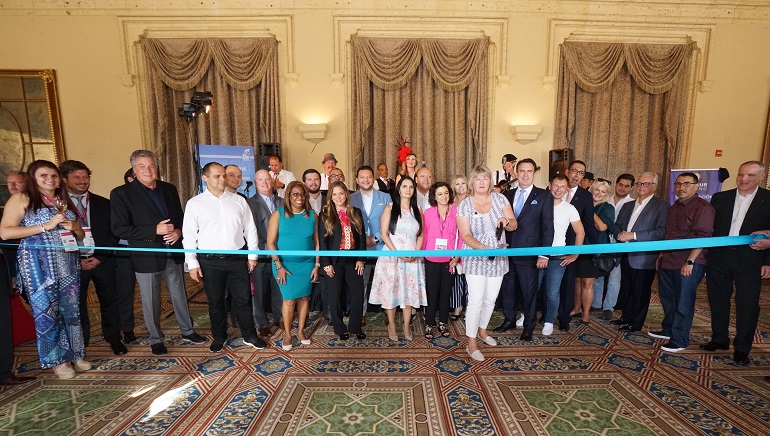 Juegos Miami is blooming as the ultimate LatAm networking conference for all senior executives.

According to organisers, just concluded Boutique LatAm conference Juegos Miami positively nailed it at the C-Level.

With the delegates comprised of a full 70% senior level decision-makers, Chambers realised the successful conference goal of “quality connections between operators, games creators and regulators. Our commitment is to build a sympathetic environment in which all stakeholders have the opportunity to sit down and discuss issues of great importance face-to-face.”

Chambers also expressed her satisfaction at the manifestation of the chemistry Juegos Miami has pursued from the beginning as a key conference objective.

Kate was positively ebullient about the massive success of the Juegos Miami Country Roundtables with C-Level delegates, pointing out how the format resonated equally with topics covering so many jurisdictions of the LatAm and Caribbean regions, including Argentina, Brazil, Colombia, Dominican Republic, Mexico, Paraguay, Porto Rico and Uruguay.

Another key attendee who was enervated was President of Mexican Gaming Association AIEJA
Miguel Ochoa, who served as non-executive Chairman of Juegos Miami 2019.

Ochoa lauded the partnership that has risen up between Clarion and LatAm through Juegos Miami, praising Clarion Gaming for effectively listening to and acting on issues important to the LatAm industry:

"I’m delighted that the 2019 edition has succeeded in enhancing the reputation of Juegos Miami, demonstrating that it is possible to undertake very serious levels of business set against a vibrant social backdrop with numerous opportunities to network,” while expressing confidence that “the many issues discussed and debated in Miami will provide the insight and connections for the development of a sustainable and socially responsible industry."

The energy of Miami, the opulence of the newly redone Biltmore hotel, and the dynamism of the attendees left C-Level executives empowered at Juegos Miami and thirsting for more, while setting the table for a strong year of collaboration with the LatAm region.