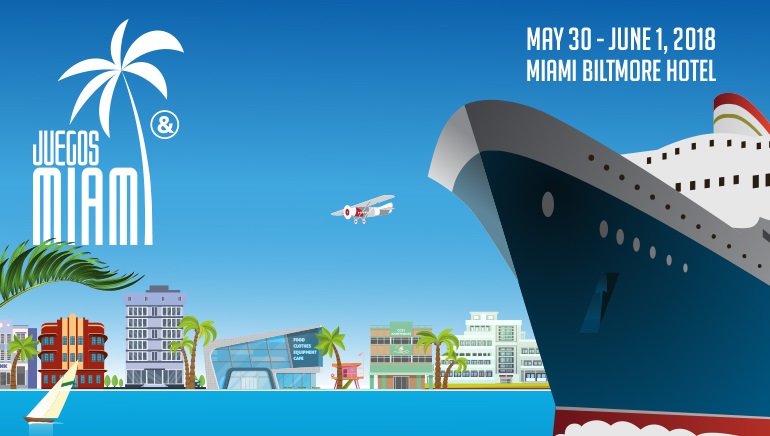 Regulators and operators will come together for key LatAm discussions as the key feature of Juegos Miami this year.

The invitation only C-Level event for the Pan Latin American and Caribbean gaming industry will take place from May 30th to June 1st at Miami’s legendary Biltmore Hotel, one of the most beautiful and storied venues any conference could ever enjoy, especially in America.

Attending delegates are going to have their best opportunity ever interface directly with the region's key decision makers via a unique form of country specific roundtables, at which regulators from Argentina, Brazil, Chile, Colombia, Mexico, Paraguay, Peru and Uruguay will sit respectively.

From the Juegos Miami Country Roundtables, each group of national regulator groups will respectively provide insight and updates on current regulatory issues in their jurisdictions complete with vital timetables for change.

“We know from our delegate research across a wide number of events, how vitally important it is for C-Level decision makers to be given direct access to regulators...each roundtable will be chaired by a senior regulator or government official...allowing for the most up-to-date and detailed insights into both the emerging and established Pan Latin American gaming markets."

Organizer Clarion events recommends that delegates select their countries early at the conference website, in order to tailor their expansion strategy: the Country Roundtables format of four thirty-minute slots does mean that delegates will not be able to visit all tables available.

Attendance to Juegos Miami will be limited to senior decision makers from operating companies as well as government and regulators from the Latin American and Caribbean region(s).

Not to forget, the 2018 edition is going to co-located with another prominent conference: GiGse is firmly entrenched at this point as the conference platform of choice for US gaming operators, regulators and suppliers to network and learn how they can move regulation and adaptation forward in the vital but challenging US region.

Last year, Juegos Miami welcomed exhibitors a total of 44 countries, and this year Juegos Miami registration is up over 40% in sign-ups from Director and C-Level delegates in 2017 already.

“It’s very encouraging to be able to report such strong figures two months ahead of us opening in Miami. As Event Director I’m also delighted to confirm the line-up of exhibitors and sponsors continues to grow reflecting the continued interest that exists in what is one of the most exciting and dynamic emerging markets in the world.”

The strategic learning program of Miami Juegos stands out as an environment ideal for senior level executives looking to further integrate the friendly and so far fruitful LatAm iGaming market, with GigSe being the perfect regional complement.