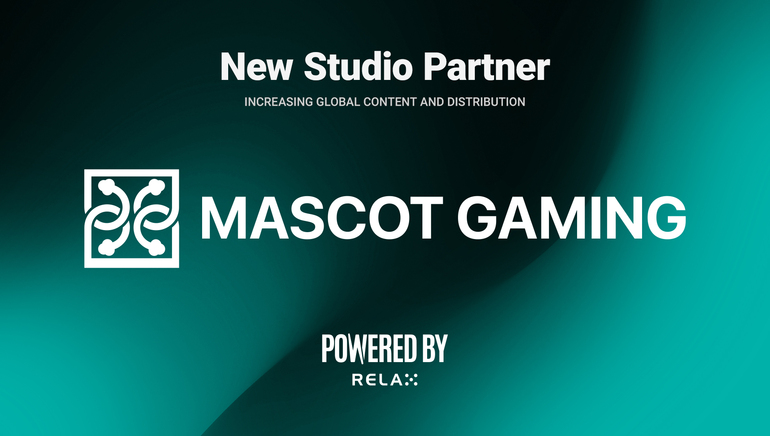 Mascot Gaming will promote its existing content as well as the newly released games on Relax Gaming’s network, as the two companies reach an important agreement.

Relax Gaming is an iGaming aggregator and supplier of unique content, that provides online casinos with the most engaging titles. It has an extensive portfolio of games, one that is constantly expanding, as new titles are being added all the time. Mascot Gaming has recently joined the impressive lineup, as the two companies have reached an important agreement. The latter was welcomed to Powered By Relax, the group’s market-leading distribution program.

Mascot Gaming has an extensive portfolio of games, and new titles are being released every month, so there is plenty to be added to the Powered By Relax network. As new games are being released, they will be added in real-time, and the existing content will be immediately available to players. The latter will be the primary beneficiaries of the deal, as they will benefit from a fast-expanding portfolio of games, including many original titles that can’t be found anywhere else.

Cleopatra’s Gems Rockaways, Zeus the Thunderer, and Bastet and Cats are shining examples of games that will be added to the online casinos. These are some of the best performing slots from Mascot Gaming, so their addition to the roster will be welcomed by the gaming community. Mascot is one of the latest additions to the lineup after Stakelogic, Hacksaw, and ReelPlay joined the network. The new games will fit in nicely next to Relax’s proprietary catalog and help the company speed up its global expansion.

Simon Hammon, Relax Gaming CPO praised the originality of Mascot Gaming’s content and welcomed the new partner into the fold. He expressed his confidence that the distinct and appealing style of their games will immediately appeal to their players. The addition of new content to the Powered By Relax will strengthen their international offering. This deal will also benefit Mascot, as the software developer for online casinos will gain access to a prestigious and highly popular platform.

Ilya Rybasov, Head of Partnership at Mascot Gaming acknowledged the importance of the deal and expressed his optimism for what the future will bring. His company excels at supplying top games to online casinos and this platform can be used as a springboard to reaching new partners. Relax Gaming is one of the most visible and respected companies in the gaming industry with a distinguished track record. It has a portfolio of more than 2000 casino games and a network of partner casinos in regulated markets.