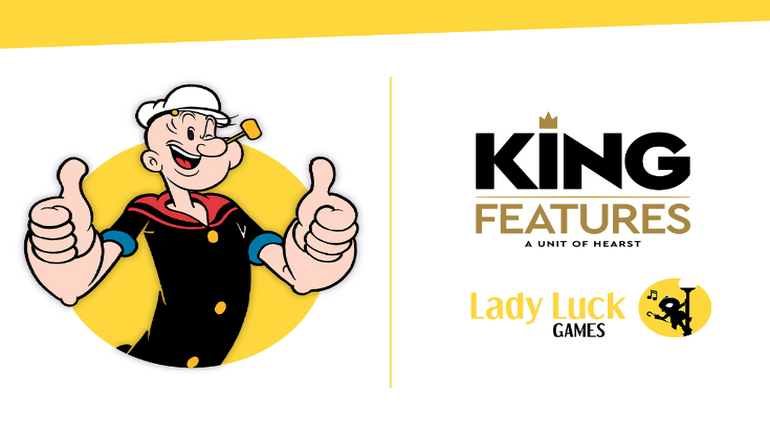 Lady Luck Games is a Scandinavian software developer, founded in Stockholm in 2019. It is specialized in producing and marketing digital slots for online gambling operators. The company already has an impressive portfolio of games developed using proprietary software and defined by an original design. The recently signed agreement with King Features Syndicate is expected to further boost its lineup of slots, with unique games featuring some of the world’s most popular entertainment characters.

Lady Luck Games and King Features Syndicate have joined forces to release new and original content in 2022 and beyond. The main beneficiaries of the three-year co-development agreement will be slots enthusiasts, seeking original games. That’s because the new lineup of slots scheduled for 2022 will bring into the spotlight some iconic characters. Popeye, Olive Oyl, and Flash Gordon games are on the horizon and the first slots will be available to Asian and European punters.

Slots are already the dominant genre at online casinos and punters are anxiously waiting for new and original games. King Features Syndicate is a producer and distributor of intellectual properties and the owner of some of the best-known pop-culture brands. Popeye, Cuphead, Flash Gordon, The Phantom, Hägar the Horrible, Moomin, Prince Valiant, and Mandrake the Magician are some of their famous characters. Some of them will appear in slots developed in 2022 by their new partners, Lady Luck Games.

Gear up for the First Slots at ICE London in February

The partnership between Lady Luck Games and King Features Syndicate will span over three years. However, punters won’t have to wait more than two months to enjoy the first slots and the early releases are scheduled for February. The software developer will unveil the games at ICE London and hopes to meet the high expectations. There is a tremendous interest in the new characters and the novelty they promise to bring to the online casino arena. King Features’ global head of licensing expressed her confidence in the success of this project and the addition of more world-known brands.