Online Casino Reports can reveal that Larry Casino is the next iGaming brand to receive the Seal of Approval.

Larry Casino is one of the newest iGaming brands after only reaching the marketplace in 2017, but the site has quickly been recognised for its wide array of trusted gaming content. One of the most recent milestones for Larry Casino has been the awarding of Online Casino Reports’ (OCR) respected Seal of Approval.

What it Takes to Get the Seal

Fundamentally, the OCR Seal of Approval was established as a rigorous testing system used to determine which brands stand above others for all-round quality. For a site like Larry Casino to obtain the OCR Seal, it has to address a wide-ranging field of factors and consistently prove that they can maintain those.

The first challenge of attaining the seal is to achieve a casino review score of higher than four stars. To reach that score, Larry Casino and other sites have been reviewed based on a wide span of factors, such as signing up, software testing, mobile compatibility, site speed, payment options, customer support, and others.

Following that step, Larry Casino had to be revisited on a try-monthly basis. After completing eight months of testing, Larry Casino finally made the grade to have the OCR Seal of Approval. Moving forward, the casino will have to maintain standards.

One of the long-standing requirements is for Larry Casino to have a clean reputation where there are no unresolved complaints displayed on OCR or an equivalent iGaming portal. If any complaints arise, then Larry Casino will be expected to make a time commitment for resolving the issue (maximum of 45 business days).

Larry Casino has a unique offering based on the fact that the brand has been licensed from a series of video games starring a character named Larry Laffer. Inspired by the games, Larry Casino features a virtual world in which players can level up and interact with characters in order to unlock perks.

When it comes to gaming, Larry Casino is accessible on desktop, smartphone, and tablets. Meanwhile, the gaming content comes from the likes of Microgaming, NYX, NextGen, NetEnt, WMS, and other software providers. There is a wealth of video slots, but Larry Casino also had a wide selection of live dealers and table games. 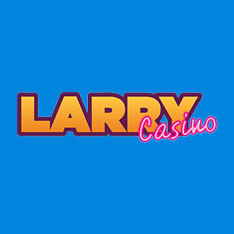