Lasers and Fruits Get Together in Red Tiger Gaming's New Slot 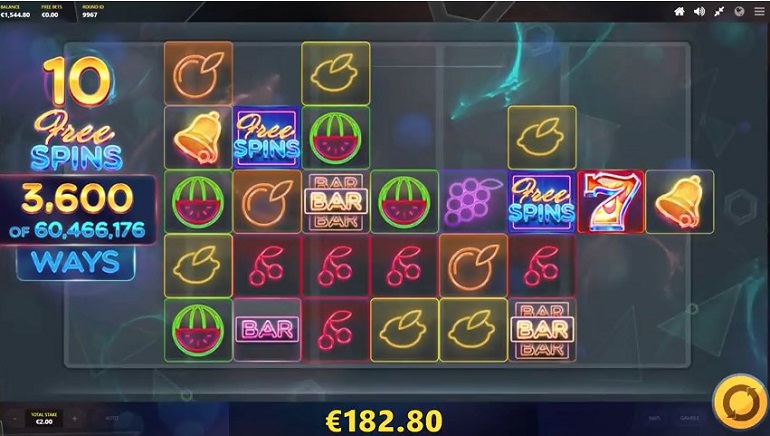 In Red Tiger’s new Laser Fruit slot, you are going to have more than 60 million ways of winning.

Red Tiger Gaming has revealed a brand new slot called Laser Fruit, which prompted the software provider to reveal a number of in-game features through a press release. For players, there will be a number of possibilities that could stand out to them, as details of the Laser Fruit slot begin to emerge.

The top-line news is that Laser Fruit will have more than 60 million ways for players to win. During the gameplay, it will be up to players to try and build up winning matches of symbols on a slot interface made with five reels and three rows.

At first, the slot interface starts with only 243 ways to win. However, as the action advances, it is possible to expand the interface from five reels to 10 reels, and then three rows to six rows. This is when players are going to potentially have 60,466,176 ways of winning, as accurately revealed by Red Tiger Gaming.

What has also emerged in advance of Laser Fruit’s release is that the expanding reels feature is triggered at random. At any moment, Laser Fruit will have the potential to transform once neon blue lasers are let off. Then, the reel in question will adjust to become larger in size.

Laser Fruit has been designed as a future reimagining of slot machines from years gone by. In designing Laser Fruit, Red Tiger Gaming has used the recognisable symbols of bars, bells, grapes, cherries, melons, grapes and various fruits, but placed them within a bright, neon playground.

Laser Fruit is now available at Red Tiger casinos. The game is playable with HD graphics on desktop, smartphone, and tablet devices that are compatible with HTML5 web browsers.