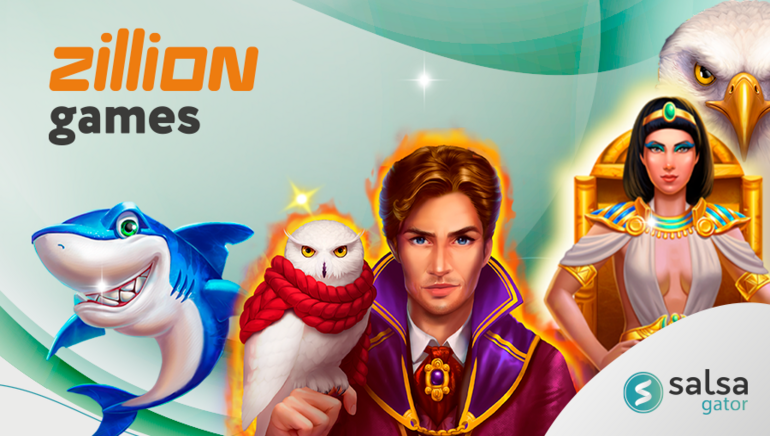 The deal will bring the content of Zillion Games to the prized LatAm region where Salsa has established a foothold, while significantly bolstering the content which LatAm facing and expanding what Salsa can offer to its scores of LatAm players.

Slots provider Zillion Games has made its move through the creation of games distinguished by superior mechanics; distinctive art design; and immersive soundtracks.

The addition of these titles looks to diversify Salsa’s aggregator offering, with each new addition accessible through a single integration.

Commenting on the new deal, Salsa Technology Head of Marketing & Communications Eliane Nunes lauded Zillion Games for “creating games that bring together unique and top-performing mechanics that players love instantly,” calling Zillion Games a must-have for his organisation because of Salsa's “attention to detail around audio and the visuals.”

Zillion Games Partner Relations Manager Adam Frisk was equally ebullient about the new opportunity the deal provides his organisation has in the prized LatAm region:

“Latin America represents a huge opportunity for the business and we’re thrilled to be entering the region.” Frisk lauded Salsa’s “standing in the region” as the “means our top-class slots will gain the audience they deserve and gives us a chance to make even more operators happy.”

Licensed by leading iGaming regulator Malta Gaming Authority (MGA), Salsa Technology has established itself as a leading B2B company by continuing to develop customised solutions for the iGaming industry in Latin America and also Europe.

Delivering its omnichannel platform to a wealth of online and physical operators as a leading game aggregator, this moves raises Zillion's profile in LatAm considerably, in advance of a more extensive global rollout. This ascendance is a landmark moment for the company that started as a Video Bingo game developer and is an appropriate culmination of the reputation Zillion has been building for providing expertly targeted games to LatAm.

Adding Zillion as a partner stands to increase play satisfaction and engagement, and empowers Salsa to bring the most competitive and advanced gaming technologies to the LatAm region.