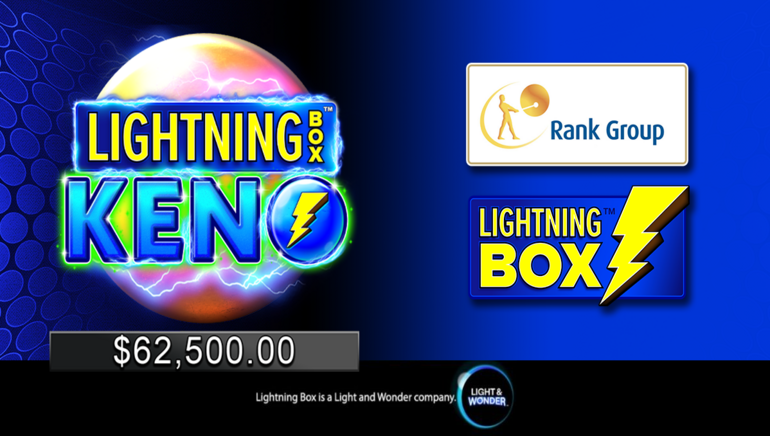 As the studio’s first table game, players will be able to choose from three to ten numbers from 80 possible choices for each round.

The rounds consist of 20 randomly drawn numbers being displayed on a grid, from which a minimum of two numbers will qualify as a win. Players may either choose the numbers themselves or allow the quick pick feature to determine them at random.

More chances to win include landing 2x2 and 3x3 Colossal symbols which award instant cash prizes, as well as jackpots consisting of Mini, Minor, Major, or Grand prizes. Lightning Box indicates that three more respins are awarded for every prize that lands on an active reel.

Keno will initially be rolled out via Rank Interactive for two weeks before being made available to all customers of Light & Wonder’s industry-leading OPENGAMING™ platform.

The new table game will be positioned alongside existing popular titles on offer from the OPENGAMING platform including CRYSTAL VAULT ™ and BLOOD AND GOLD™.

Providing players with the bonus round found within popular titles like LIGHTNING GORILLA™ and LIGHTNING BLAZE™ in conjunction with the table gameplay of keno has produced a title with universal appeal that we are excited to see players' reception.

Keno demonstrates Lightning Box’s flexibility to produce engaging and entertaining titles, with this being the first table game created by the studio. The studio’s first table game blends a traditional table game with the much-adored lightning respin mechanic that we are confident players will enjoy.

As a global leader in cross-platform games and entertainment, this is a significant step in Light & Wonder’s expansion and indicates continued growth and sustainability.