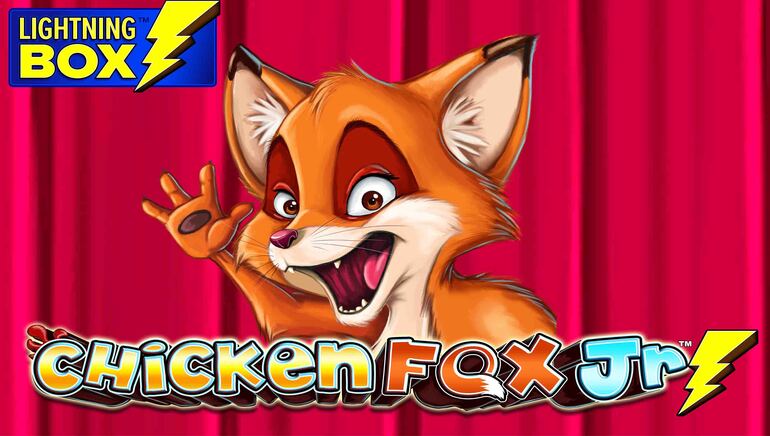 There is a new hatchling in the chicken coop – Chicken Fox Junior slot – the all-new prequel to the Egg-cellent hit sensation Chicken Fox slot. It's bursting with upgraded symbols and an exciting free spins bonus round. When Chicken Fox Jr hatches, the feathers will fly!

The bird is the word – literally with Lighting Box! This top tier multi-channel iGaming supplier of video slot games has just released a prequel to the ever-popular slot game Chicken Fox. This forerunner known as Chicken Fox Jr has all the fanfare players expect of a top-notch video slot machine game. This prequel features an exciting free spin round and upgraded symbols for players to enjoy.

The original Chicken Fox wowed the crowds. A prequel was coming soon. Built upon the same set of dynamics that made the original a hit sensation, Chicken Fox Jr will debut in the United Kingdom and continental Europe. Then it will make its way across the Atlantic to North America, where it will be showcased in grand style a BetMGM in the coming months.

While the base game is in play, any spin can activate the Fox Jr Bonus. The star of the show, a.k.a. Mr Fox – appears alongside the spinning reels as he aims his bow and arrow. This can automatically upgrade all instances of a single low-paying symbol. Once transformed, they become high-paying symbols which can create much bigger wins for players. Plus, there's always the possibility of revealing an additional Gold Egg Scatter.

When players land 3+ Gold Egg Scatters in a single spin, or if they are triggered through the Fox Jr bonus, players advance to another round of play – the free spins round. All the base game symbols will be removed from the reels, and only instant payout prizes will feature, a.k.a. the chickens and extra free spins. The symbols will be activated once you land the Fox symbol anywhere on the reels during the spinning rounds.

Double multipliers can be attached to Fox symbols, and these can help players unlock the maximum win in the game. Thanks to the OpenGaming™ platform, Light & Wonder can deliver chicken Fox Jr to fans. Other popular titles using this platform include Murphys Pots and Lightning Gorilla slot games.

The Vice President of Game Development at Light & Wonder, Rob Proctor, was equally proud of the achievement 'Lightning Box's team should be incredibly proud of the work that went into making Chicken Fox Jr and we are delighted to add it to our OpenGaming™ platform. They have enhanced a player favourite and built upon the features that made the original an instant hit.

Lightning Box operations manager Michael Maokhamphiou said, 'Building upon the success found within the popular Chicken Fox title was one of our main goals when developing Chicken Fox Jr. Here we have expanded upon the free spins round by adding a multiplier collect symbol, whilst also integrating upgraded symbols in the base game and additional chances of awarding the free spins round. These seamlessly work together to create a bigger and even more exciting title than players found in the original Chicken Fox.'