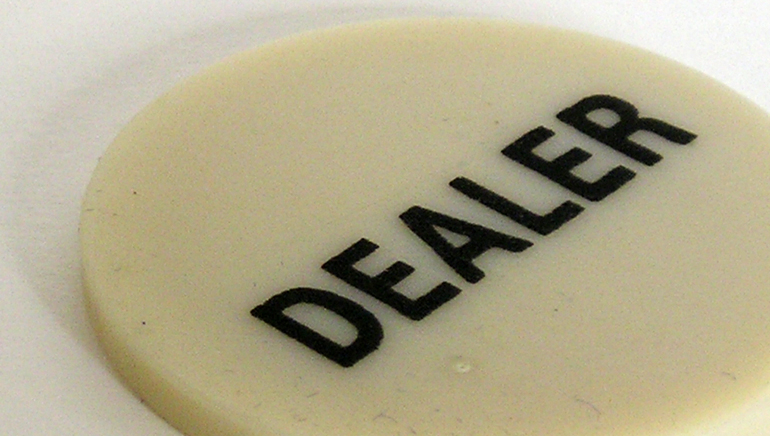 A croupier at Cromwell Mint Casino was caught hiding chips in his sock; he was immediately fired and reported to the police.

A croupier at Cromwell Mint, a prominent casino in London, was fired last month after he was caught stealing chips and hiding them in his socks. Apparently, the croupier had been stealing for months, dropping the chips into a false pocket in his pants that fed into his socks via a tube. He then reportedly passed the chips onto a female accomplice during his cigarette break, who passed it on to a third accomplice who cashed in the chips a few days later.

When the casino discovered that the croupier had been stealing, he was immediately fired and the police called. However he wasn’t arrested, he only received a warning. Police, however, did find approximately £12,000 in cash when they searched the croupier’s apartment.

The last recorded case of casino theft in Britain was six years, ago, when a worker was caught stealing chips - this time by stuffing them into his socks - at the Grosvenor Victoria Casino in London.

While it may not happen often, it’s undeniable that land-based casinos can be stolen from; whereas online casinos have much stricter measures of security, specifically 128-bit SSL (secure socket layer) encryption technology, which makes it impossible for hackers to steal anyone’s financial information.

Also, the lack of real dealers in online casinos makes theft from croupiers non-existent, which means that players know that their money is safe.

In the cases of live-dealer games offered by some online casino sites, the live dealers are audited and recorded, making theft virtually impossible.

Other Benefits of Online Casinos

Other benefits of playing at online casinos include not having to leave the comfort of your home, or being able to play your favorite casino games whenever the mood strikes you. If you are not sure which online casino to play at, check out our extensive reviews of hundreds of online casinos.