It took few moments for the lucky 49-year-old to realize he had scored the main progressive jackpot on NetEnt's Mega Fortune Dreams, winning a truly life-changing amount.

As winter holidays are quickly approaching, we are having a slur of big progressive jackpots coming in, changing lives of lucky winners around the globe. The latest such winner is a 49-year-old British player, who managed to land the amazing £4,000,000 progressive jackpot on NetEnt's Mega Fortune Dreams slot playing on Bingo.com Casino.

In the interview with the lucky winner after the fact, he explained winning a massive progressive jackpot was one of those things he's heard about happening but never really believed it as it had never happened to him or anyone he knows.

On that lucky afternoon, the 49-year winner in the making was spinning away on his computer, after an unsuccessful attempt at an afternoon nap. Just as he was dozing off, the jackpot feature came up. The lucky player didn't even realize what had transpired at first but when he got his glasses to check what was on his screen, it was a real shocker.

The win, which amounted to the grand total of £4,082,246, was a life-changer not just for the lucky winner, who will be taking an early retirement, but also his family and friends whom he had given more than £1,000,000.

Living Up to Its Name

NetEnt's Mega Fortune Dreams is one of several progressive jackpot slots developed by the Swedish gaming giant. Launched in 2014, the game features finer things in life, such as expensive watches, diamonds, and champagne bottles. Although the game is somewhat lacking in special features, the slot offers a chance of winning one of three progressive jackpots in the jackpot bonus game.

To get their shot at the jackpot, players need to land three bonus symbols on three middle reels. This initiates the Bonus Wheel consisting of several stages, with each stage offering bigger and better cash rewards and jackpots. In the middle of the wheel is the coveted Mega Fortune Dreams Mega Jackpot, which regularly awards multi-million amounts to lucky players across online casinos. 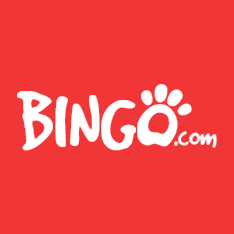