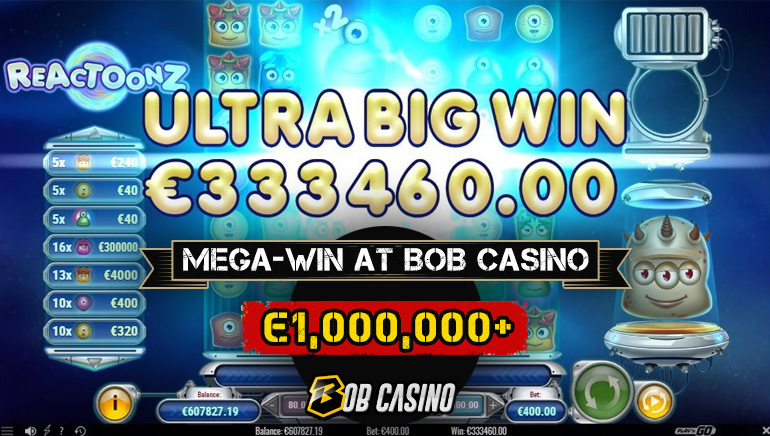 An incredibly lucky streak on Play'n GO's Reactoonz slot resulted in an accumulated cashout of more than €1,000,000 for the experienced high-roller.

Reactoonz is one of Play'n GO slots that have captured the attention of the players from the very first moment they appeared on the market. Combining elements from social media games with slot dynamics, the company has seemingly struck the gold. And so did one lucky player at Bob Casino whose amazing run on Reactoonz ended up with total winnings exceeding €1,000,000.

The story about the huge score started with the player, who could clearly be dubbed a high-roller, signing up with the casino and hitting the Reactoonz slot for €80 a spin. This was the maximum allowed bet on the game at Bob Casino at the time and he went for it.

After some spins and what must have been a couple of well placed Garagtoons, the game's bonus feature, the lucky player ended up building a bankroll in excess of €100,000. This attracted the interest of one of the VIP mangers who, after reaching out to the player, decided to take the risk and raise the maximum bet to really steep €400 a spin.

Whether it's a case of some really good luck or the punter has some sort of special connection with funny, animated aliens featured in the game, his incredibly fortuitous run continued after the bet was raised, leading to even bigger wins.

During the lucky streak, the player cashed out €100k but continued playing insane stakes, eventually running up his balance to €940,000. During the run, he had one massive score of €333,460, when he connected 15 of the pink (highest paying) symbols. It was at this point that he concluded it was enough and requested a cashout, ending his lucky series with more than €1,000,000 in winnings.

Although not many players would connect Reactoonz to high-rollers due to its funny design, the fact is this game can pay well, with maximum hits being 1,500x the stake and not as hard to get as with many other slots. Add some crazy stakes to the mix, and it is clear this game is as fit for high-rollers as any other out there. 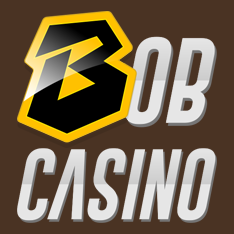