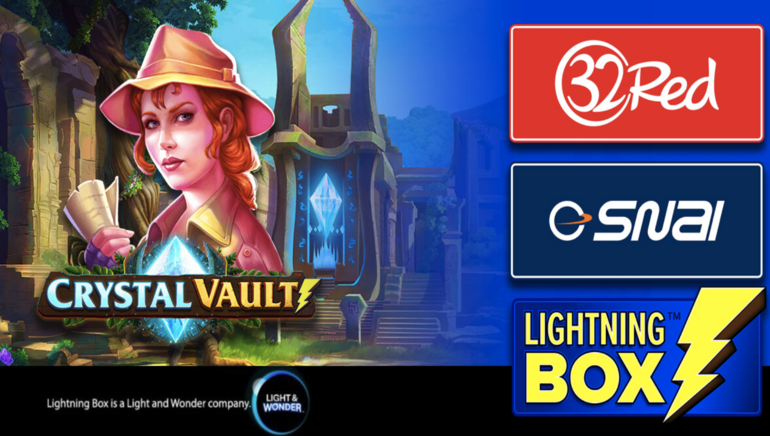 The symbols of brave adventurers, including biplanes and fierce beasts, are represented on the 5x3 reels across 25 lines in Crystal Vault slot game. To win, players must match various combinations of symbols. Crystal Vault's wild symbol is a way for players to unlock big wins. It substitutes for all symbols except the scatter, increasing the player's winning potential.

Eight bonus respins awarded for landing three or more scatter symbols during the base game. The initial game is played on one reel set. But, if you land two extra scatter symbols in the free spins round, it unlocks an additional reel screen of 5x3 size that can be used to continue the spins.  You can unlock two additional reel screens that will boost your chances of winning and significantly increase the size of payouts. When unlocked, screen two grants a double multiplier wild, while reel screen three gifts a 3x multiplier wild to the action. It's the perfect bankroll booster when the symbols line up.

Players of Light & Wonder's OpenGaming™, the industry-leading iGaming platform, have guaranteed access to Crystal Vault. This is in addition to popular new gaming attractions like Chicken Fox JR & Blood And Gold. For two weeks (the exclusive period), the game will only be available at 32 Red Casino and the SNAI.

Michael Maokhamphiou is Operations Manager at Lightning Box. He said that the desert island theme in Crystal Vault allowed Lightning Box to experiment with mechanics and other features that would equally fit into the overall narrative.

The focus on scatters unlocking vaults and providing additional reels, multiplier wilds, and more reels for players allows the action to mirror the storyline within the title. This is something we know players will love.

Multiplier Wilds are a universally appealing mechanic with them not only substituting symbol but also increasing wins they aided to create. These multipliers can also unlock additional reels, creating excitement for players during the free spins round. We are thrilled to see how players react to this entertaining and thrilling release.

Lightning Box is a major multi-channel supplier for video slots to casinos (online and offline). Scientific Games purchased the Sydney-based studio in August 2021. It provides exceptional-quality gaming for social, online, and land-based casinos worldwide. The studio was established in 2004 by David Little and Peter Causley, former IGT and Aristocrat game designers.

The studio has produced many commercially successful games, such as Chicken Fox, Stellar Jackpots-Chilli, Gold X2, Silver Lioness 4X, and Lightning-Leopard. These online casino games and their latest releases are regularly featured in the top-performing games at leading casinos around the globe.

The Company is guided by a work culture of creativity and spirited teamwork. It creates new worlds of play that are loved by gamers around the globe. Its OpenGaming™ platform delivers the biggest online gaming network in the entire industry. The Company adheres to the strictest standards of integrity, fairness, and trust. This includes player responsibility advocacy and sustainable gaming practices.