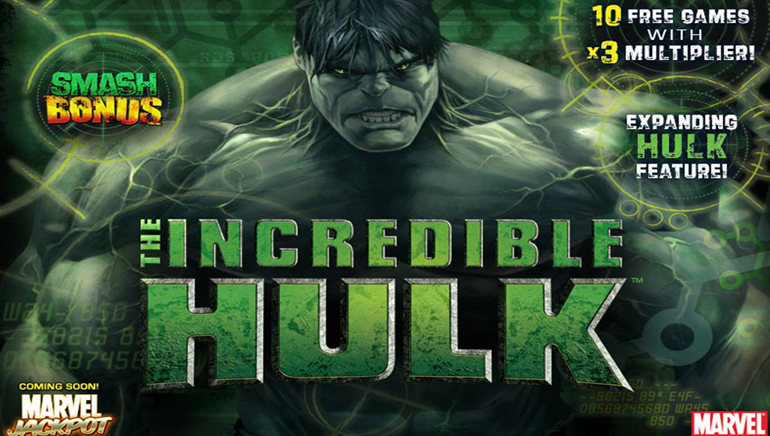 The large offering of Marvel slots over at bet365 Casino is very popular among its players.

Among the most sought after in online casinos, Marvel slots are rated very high. Developed by Playtech, these games are themed after the famous heroes of Marvel comics, bringing to life popular characters like the Green Hulk, Iron Man, Captain America and Spiderman among others.

Popular with All Players

Marvel slots are popular with all online casino players and not just those who are familiar with the comics and big-budget movies. The reason that Marvel slots appeal to so many players aside for their themes is the magnitude of their features. They feature some of the best graphics in video slots today, celebrating the different heroes with fantastic crisp 3D animations as well as engaging soundtracks.

The Incredible Hulk – One of the most popular Marvel slots, the game is built of 5 reels and 50 paylines, featuring a scatter symbol, an expanding wild and the Smash Bonus game which lets the player control the Green Hulk in one of his famous rages, crushing police cars and helicopters for multipliers.

Wolverine – It's hard to argue that Wolverine is not one of the most loved characters from X-Men. The Wolverine slot features 5 reels and 25 paylines, with scatters and wild symbols which rack up with the Berserker Rage bonus feature and the Adamantium Free Games feature which boosts up wins from wilds.

Big Expectations for Marvel Movies and Slots for 2016