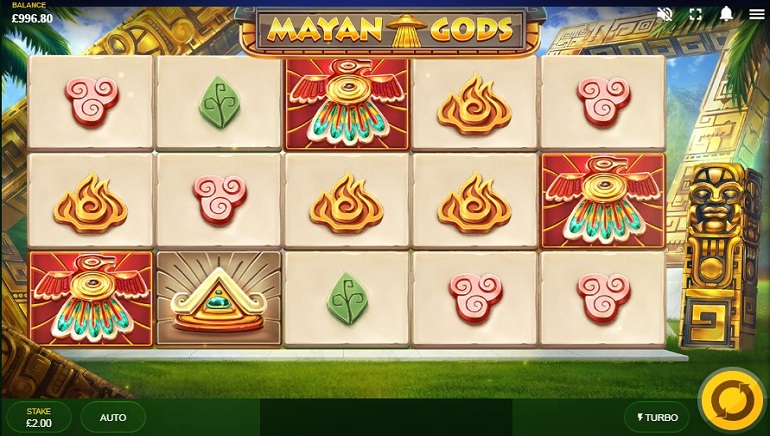 Mayan Gods slot game is the latest Red Tiger Gaming release. This beautifully-crafted slot game takes players back in time to the age of the Mayan Gods. Feature-rich audio-visuals await players on a golden set of spinning reels.

Players are confronted by a set of collapsing reels, with mystery symbols slotting into place. These Mayan-themed symbols work in tandom with one another to form winning combinations.

Among the many exciting features are the Mayan Chain Reaction which triples winnings. The Mayan King is a 2 x 2 wild which spreads across 2 reels and substitutes for other symbols to form winning combinations.

The Mayan Eclipse is yet another 2 x 2 feature which transforms into other random symbols of the same kind. Things get a little bit freaky with the Mayan UFO. This is a great way to boost the value of low-paying symbols by replacing them with high-paying symbols.

Slots players seeking a little wisdom from the elders will be delighted with the Mayan Shaman. This is the ideal way to boost winnings with a multiplier increasing feature and it also destroys symbols for a re-spin opportunity.