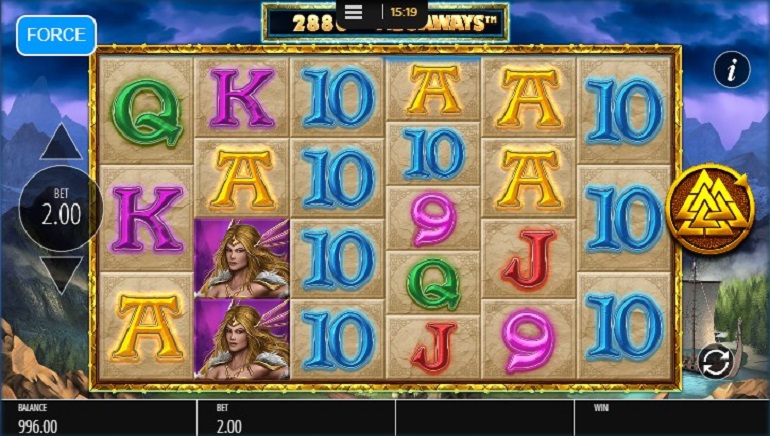 Lightning Strike Megaways is a new slot from Blueprint Gaming that offers up to 15,625 different ways to line symbols up across the reels.

Players will be taken to the mythical land of Asgard in the Lightning Strike Megaways slot from Blueprint Gaming. The Norse God of Thunder wields the Hammer of Mjolnir across 6 reels and up to 15,625 ways to win.

A dramatic image of rugged mountains in a lightning storm sits behind the reels. Along with the playing card symbols 9 through to A, the Gods Loki, Odin, Hela and Thor will be seen.

The hammer is a wild symbol that can expand across reels. When this happens, wilds lock in place while other reel positions spin for free, helping players to land new winning combinations. Respins carry on if more wilds appear.

The tree of life, Yggdrasil, can place mystery symbols anywhere on the reels, which can lead to some big payouts.

Spin A Wheel For Extra Rewards

Wins of 5x the stake or more will trigger a Mega Spins Exchange feature. Players can spin a wheel to gamble their win, or exchange the win for Mega Spins. These play out on richer reels, where the winning potential is even greater.

The Megaways format pays out across the reels from either side. Payouts are multiplied by the stake and there's up to 15,625 different ways to line symbols up for a win.

Jo Purvis, Director of Marketing and Relationships at Blueprint Gaming, said: “Our spectacular new release is set to provide huge wins for players who dare to take on the gods of Asgard and strike lucky.''

''With a popular theme to the game, accompanied with highly-engaging mechanics, we’re sure Lightning Strike Megaways will be an attractive proposition for players across Europe and beyond.”