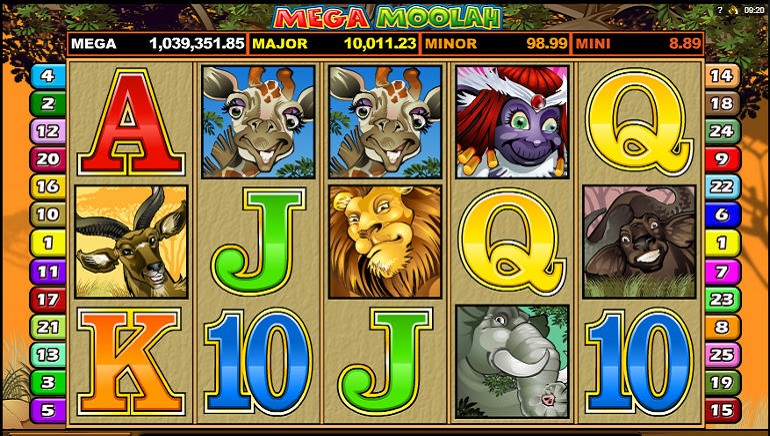 Mega Moolah strikes twice in two weeks, with the latest winner adding €938,306 to his bank account on the very first day with a new online casino.

Mega Moolah, the best-known online progressive jackpot slot ever created, continues to produce huge, life-changing wins on a regular basis. The latest jackpot to be won on this game awarded €938,306 to a lucky Grand Mondial Casino player on November 15, and although it fell slightly short of seven figures, it's safe to assume there will be no complaints from the fortunate winner.

According to the press release from the casino, the winner joined the site for the first time the very day he managed to score the huge jackpot. Call it a stroke of good luck, destiny, or whatever else, it is one heck of a story to tell your buddies at a local pub.

Last year, Mega Moolah celebrated its 10th anniversary, as this progressive slot has been around since 2006, creating millionaires ever since. The game also holds the Guinness World Record for the biggest online jackpot in history, which was won in October of 2015, to the tune of £13.2 million.

Good Fortune at a Wrong Time?

Although winning €900k+ in a day is a great score, it may feel as a bit of a wrong timing, considering the average Mega Moolah jackpot is around the $5,000,000 mark. So, although this is a massive score to be sure, it is well below the average.

The reason for this is the fact the jackpot was one two times in a very short period. Not even two weeks before the latest win, another lucky winner took home the jackpot worth $3.4 million. Since Mega Moolah's progressive pool accumulates overtime, there just wasn't enough time for the jackpot to reach a bigger amount.

At the same time, this is a clear proof that these progressive jackpots are truly random and there is no way of telling when they'll hit. Sometimes they can go months without producing a winner, and sometimes there are a few winners in a couple of months time.