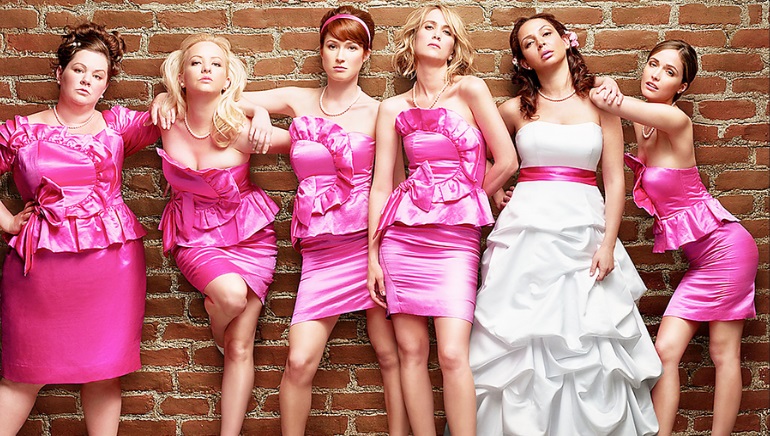 Microgaming developers are hard at work creating a slot game version of the side-splitting 2011 comedy Bridesmaids for a 2015 release.

Microgaming has struck yet another deal with a Hollywood studio in obtaining the right to develop an online slot game based on the hilarious 2011 comedy Bridesmaids. Released by Universal Pictures, Bridesmaids elevated stars Kristen Wiig and Melissa McCarty to unlikely movie stardom. Fans of the movie can now rejoice knowing that they will soon have a game version to enjoy.

Announced in a press release, Microgaming is aiming for the broad release date of summer 2015 (we will keep you informed of any updates). Also revealed in the press release was that Microgaming is designing the slot game with five reels, which is to be expected as it’s the industry standard approach for slots.

More interesting, though, is the news that the Bridesmaids slot will feature a multi-level bonus game in which players can trigger multiple rewards. Microgaming is also planning to release Bridesmaids across desktop and mobile devices, which will hopefully occur simultaneously.

Bridesmaids also appears to be a winner for the simple reason that the slot game will display some of the movie’s funniest clips, charting the efforts of a maid of honour trying and failing to help in the planning of a dream wedding for her best friend. There are countless laughs to enjoy during Bridesmaids. Also worth noting is that Bridesmaids will be more authentic than many other movie slots, as it will actually feature movie footage.

Microgaming CEO Roger Raatgever firmly believes that the slot will add “a completely new dimension to our branded game portfolio.” Raatgever is completely correct when he says that, as Bridesmaids is a hilarious contrast the typically cutesy slot games designed for female casino players.

The impending summer launch also highlights that Microgaming is committed to making the type of blockbuster entertainment deals for which Playtech was once renowned. Look for the game at top Playtech-powered online casinos like bet365 Casino, Winner Casino, and 7Regal Casino.

All Slots Mobile Sizzles this Summer