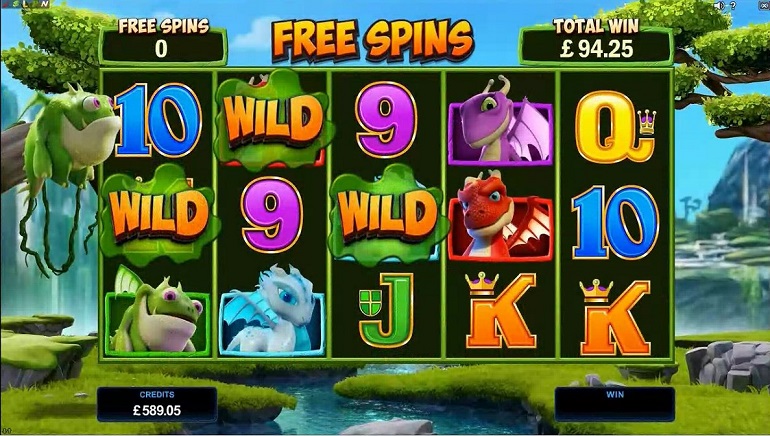 Dragonz is released at Microgaming casinos on Wednesday 2 November and can offer cute characters, cinematic quality, and hundreds of ways to win.

Microgaming has already given casinos two exciting new slot games in recent weeks, having released Jungle Jim and Lost Vegas. From Wednesday 2 November, players will then have the chance to play a fantastical video slot filled with cute but powerful dragons. Simply named Dragonz, this new game will be playable at Microgaming sites like All Slots Casino, Interwetten Casino, and Royal Vegas Casino.

Ahead of the release, Microgaming revealed in late-October 2016 that Dragonz has been developed with fluid 3D animations that will bring a cinematic level of quality to the experience. Story is also important in this regard, which is why Microgaming has created dragons that players can connect with. These cute critters are named Flint, Frost, Gobble, and Switch.

In the pre-release reveal, Microgaming also debuted a video that shows the slot is capable of changing its landscape based on each of the dragons. But this will not change until players have triggered free spins and chosen their favourite of the Dragonz. First, though, there are ample opportunities to build up funds from the 243 ways of winning on this five-reel slot.

To make it to the free spins bonus round, players will need to land three or more scatter symbols at the same time on the screen. Starting with Flint, players will have an expanding number of Flaming Wilds that appear on each of their 10 free spins. With Frost, players will have the ability to free non-winning wild symbols until they do generate winnings.

Gobble is the third option during free spins, with this dragon able to make Winning Wilds using his green slime power. Basically, these transformed wild symbols will stick in place during the feature. Lastly, players can choose Switch if they want Stashed Wilds that have a lightning power and will build winnings if three or more appear.

Dragonz will also let players unlock one of the free spins rewards after unlocking the feature 12 times. Then there is the Wild Deal feature that trigger whenever a non-winning wild symbols appears on reel three. This will randomly make more wild symbols appear.