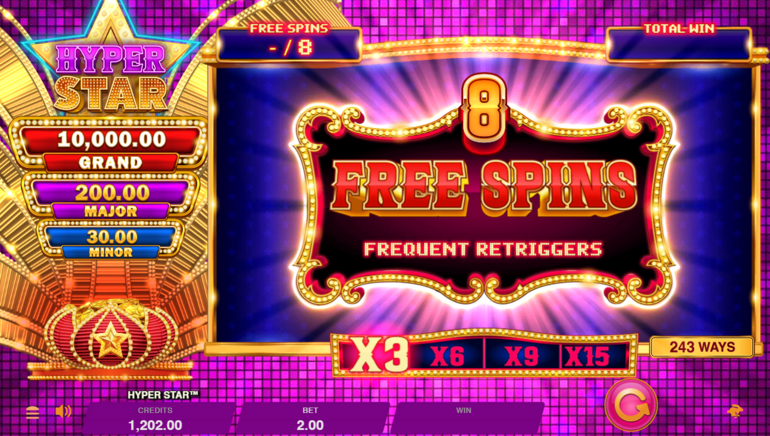 In cooperation with their partner studios, Microgaming will be rolling out a host of new slots this month, featuring a variety of themes and features and even some brand new game mechanics.

Microgaming is one of the leading and most productive game development studios in the iGaming industry. Despite having one of the largest portfolios, the company constantly comes up with new titles to boost their offering, adding new games every month. November is no different in this regard, as Microgaming has come up with quite a few fresh slots to offer to their partners and, through them, online casino players around the globe.

Having created a strong network of independent partner studios, Microgaming has significantly improved its productivity and is able to offer a much more diverse selection of titles, covering a variety of themes, in-game features, and dynamics, and the company's most recent releases are great examples of this diversity.

Keeping up with the latest trends, Microgaming and its partners have been creating games that appeal to modern players, featuring a big number of win ways and promising big payouts for the luckiest of players.

Foxium's Gods of Seas: Triton's Fortune kicked the month off, coming out on November 2, taking players on an underwater adventure filled with free spins and random features to keep them on their toes.

The Lucky Clucks slot developed by Crazy Tooth Studio went live on November 4 rocking a new BIG BuildUP feature. This chicken-themed slot offers great potential, with random wilds and multipliers hatched onto the reels and the bonus feature with expanding reels added to the mix.

Released on November 9, the Mustang Riches slot by SpinPlay games is set on the backdrop of the North American wilderness. This game also introduces a new BlazingWays feature, allowing players to collect coins and increase the win ways in the base game. Collecting horseshoes helps trigger the bonus, where players get to choose between more spins or more BlazeWays to start the feature, adding an interactive element to this new slot.

More Games to Come Later On

It's only been one full week in November, and Microgaming has already released two new slots, but there is much more to come as the company plans to roll out several new games before the month's end.

The first one in this group will be Bingote by Neko Games. This Don Quixote-inspired title is actually a video bingo game featuring top wins of up to 5,000 times the stake and an exciting bonus. Bingote will hit virtual shelves of online casinos on November 11.

Slated for November 16 is Kodiak Kingdom by JFTW. Taking players to the Alaskan wilderness, this new slot features symbols such as golden eagles, trout, and might Kodiak bears. The game features 4,096 ways to win and the maximum potential of 25,000x, making it a highly anticipated title.

Shortly after, on November 18, Gameburger Studios will present the latest slot in the Playboy series, called Playboy Fortunes HyperSpins. Adding the HyperSpins feature opens new possibilities to players to spin individual reels at a cost, giving them more control over the game.

Strong Finish to the Month

November 23 will see another title from Gameburger Studios go live in the Hyper Star slot. Featuring 243 ways to win and the Rolling Reels feature, the game takes players on a flashy Las Vegas adventure. Increasing win multipliers in the base game are further amplified during the bonus feature, opening up possibilities for big wins. The Hyper Star slot features a fixed jackpot of 5,000x and the maximum win of 7,343 times the stake.

Wrapping up the month is 11 Enchanting Relics, a new slot created by All41 Studios. With a magical theme, the Epic Pick feature, and EpicStrike mechanics, the new game slated for November 30 promises a lot of fun and excitement, especially as it offers the maximum win of 10,000 times the bet.

In addition to the ones mentioned, Microgaming will be rolling out a few more titles, like Real Roulette con Tomas by Real Dealer Studios presented entirely in Spanish, AstroBoomers Turbo by Eyecone, B Jones in Session from MGA, and Gamevy's new Bonsai Spins slot. All in all, it will be an exciting month for all fans of casino games and especially for slots' aficionados who'll have a chance to try their luck with a host of new titles powered by Microgaming and their partners.

Crypto.com Arena is the New Name of the Los Angeles Staples Center

How to Choose Between Two Online Casinos