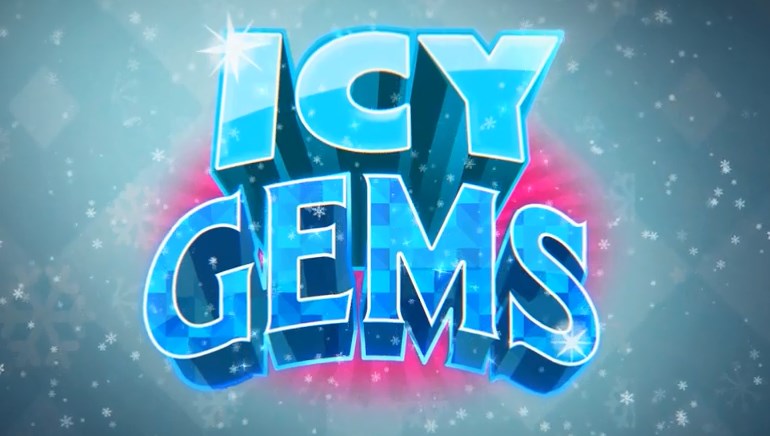 The winter is coming and while we may not be seeing any dragons in the skies (hopefully), we're likely to see quite a few slots featuring winter and holiday themes. Microgaming is the first to break the ice this year with their Icy Gems slot, a game developed exclusively for them by Just For The Win (JFTW).

Icy Gems features 20 paylines situated on the standard 5x3 grid. The game was clearly developed with the mobile play in mind as it performs equally well on desktop computers and various phones and tablets, which is a trend we've been seeing a lot lately.

Like the name suggests, reels of Icy Gems are filled with colorful gems of different shapes and sizes: green emeralds, red rubies, purple amethysts, and blue diamonds. There is also the game logo, which is the highest paying symbol in the game, as well as the wild symbol, replacing for all other symbols to form winning combos. Of course, there are also playing card symbols (A, K, Q, and J), filling the lower-paying tier of the pay table.

The Icy Gems slot doesn't feature any traditional free spins or bonus rounds. Instead, the game revolves around collecting symbols in the Symbol Storage located to the left of the reels. With every winning combination, the symbol from that combination is added to the storage.

The goal is to fill the storage by hitting three consecutive winning combos, which triggers one of three possible Superspin features.

Coming out just in time for the festive season, developers hope that Icy Gems will pique interest of the players. The game may lack traditional bonus features but its fast gameplay and constant action certainly stand to offer an exciting playing experience.