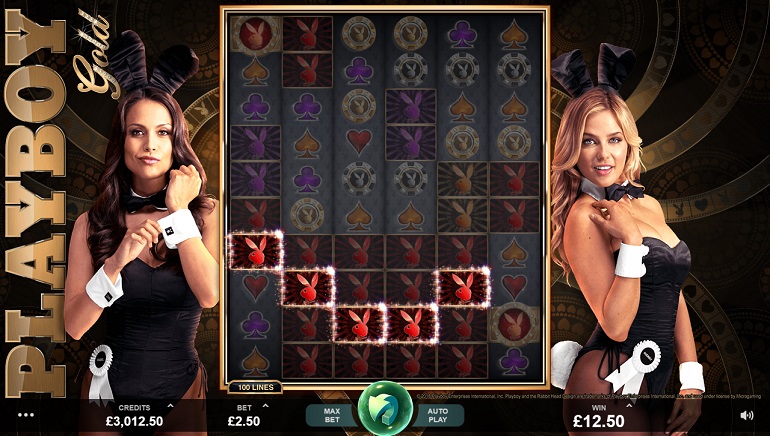 The new Playboy Gold slot features an unusual 6x10 mobile-friendly grid and a host of entertaining functions such as Jumbo Blocks, re-spins, and much more.

Continued Cooperation with the Famous Brand

As it was revealed back in January, the new slot represents the continuation of successful cooperation between Microgaming and Playboy, one of the most recognizable brands in the entertainment industry.

Playboy Gold is just the first of many games Triple Edge Studios expect to deliver under the Microgaming umbrella in 2018. The company has revealed they plan to expand with a number of new studios working full time to develop new and exciting titles to be added to the Microgaming rich portfolio.

The new Playboy Gold slot introduces many elements that should appeal to wide gaming audiences. After several months of dedicated work, Triple Edge Studio designers have come up with the game they are confident represents the brand to the fullest and offers a rich gaming experience in every sense of the word.

The new slot comes with 100 paylines across the unusual grid featuring six reels and ten rows. Playboy Gold was clearly designed with mobile players in mind as the game has been optimized to provide the full experience on desktop and mobile screens alike.

Apart from nicely designed visuals featuring playmates on both sides of the reels, Playboy Gold also comes with a host of interesting and innovative features. One of them is Jumbo Blocks featuring one of the four playmates and triggering various features when they land on the reels, awarding multipliers, credit rewards, and re-spins.

The game's main bonus feature,  the Wheel Bonus, is triggered by landing three golden Playboy logo scatters on the reels. Players are taken to the bonus wheel where they can win one of several bonus features, including an instant reward up to 100x the stake, a match bonus game, and 10 free spins with guaranteed Jumbo Blocks on every spin.