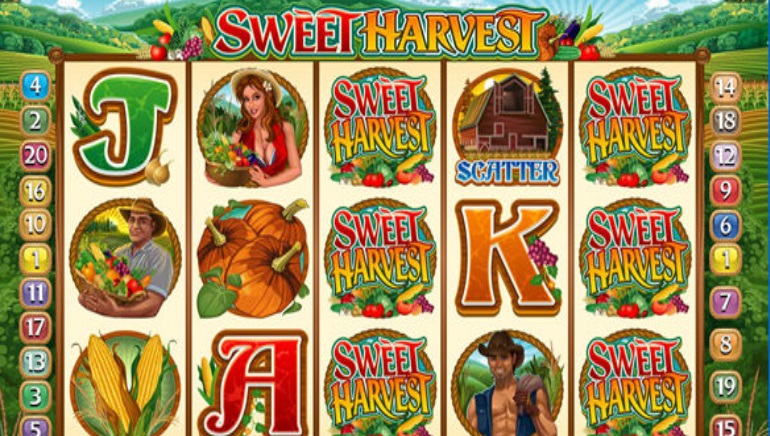 Online casino software developer Microgaming has announced the launch of a new multiplayer tournament for its popular Sweet Harvest video slot. The game now applies for August's Accumulator tournament: With an entry fee of €1, players get access to a starting prize pool of €500 which gradually grows with re-buys and add-ons.

Microgaming is known for running multiplayer slot tournaments for its most popular games. Just recently, Microgaming wrapped up one of its biggest multiplayer slot tournaments – Reels de Janeiro. Microgaming's multi-player games spokesman James Ford said: "We’ve had a busy few months with multi-player. Not only have we continued with our monthly new games releases, such as Sweet Harvest tournament slot, but we’ve also had one of our biggest ever multi-player tournaments, Reels de Janeiro. And there’s no sign of things slowing down; our operators and their players can expect more games and more big tournaments in the coming months!"

Released back in August 2013, Sweet Harvest is a 5-reel, 20-payline video slot featuring a light and comical farming theme with sweet features including re-triggered free spins, multipliers, wilds and a reel hold feature. Many wins are to be had with the wild and scatter pays in the slot: Players are advised to pay extra attention when the two countryside lovers land adjacent to one another on a winning payline as a 2x multiplier is activated.

Sweet Harvest will be ready in a multiplayer tournament version across Microgaming powered online casinos such as Platinum Play Casino, Crazy Vegas Casino, Gaming Club Casino and All Slots Casino.

Play'n GO's Newest Slot, Sweet 27, Is All About the Wilds