Microgaming announced exciting news in August 2020: Total payouts for the year-to-date exceeded €30 million, thanks to the massive progressive jackpot network of this leading online casino games developer. Plus, hundreds of players have won €10,000+ too.

Premier online casino games developer, Microgaming paid out €1,650,382.89 on its flagship progressive slot game, Major Millions on July 20, 2020. The lucky winner – a player from Spin Casino – was the seventh millionaire to be crowned on the Microgaming network for the year-to-date. Thanks to the frequency of progressive jackpot payouts at Microgaming, that means that a winner has effectively struck gold once a month, on average in 2020.

The incredibly lucky player from Spin Casino hails from the UK, and has chosen to remain anonymous. All it took was a €3 bet to win a whopping €1.6 million payday. As is standard with all progressive jackpot payouts at Microgaming, the prize is paid out as a lump sum, and not as annualized payments. The overnight millionaire was congratulated by Spin Casino and Microgaming alike.

Many Major Millions Jackpots Drop in 2020

The runaway success of Major Millions progressive jackpot slot, and its recent upgrade to 5 reels is proving to be incredibly popular with fans. The July 2020 jackpot payday is significant, since it marked the third time a 7-figure jackpot was paid out on Major Millions progressive jackpot slot. Previously, a March 14, 2020 jackpot of €1,650,910.31 was paid out.

Then, on June 12, 2020 another mega-money jackpot was paid out, this time valued at €1,203,349.99. Over the course of the year, other Microgaming progressive jackpots like Mega Moolah paid out millions of euros to lucky players.

For example, some 550 online casino players have already won payouts of €10,000 +. Several notable Microgaming attractions will be released soon, including African Legends™ by Slingshot Studios, WowPot by All41 Studios, Fortunium Gold™ : Mega Moolah by Stormcraft Studios, and others. 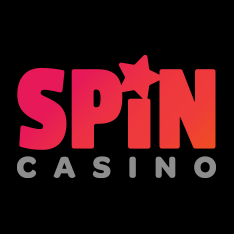