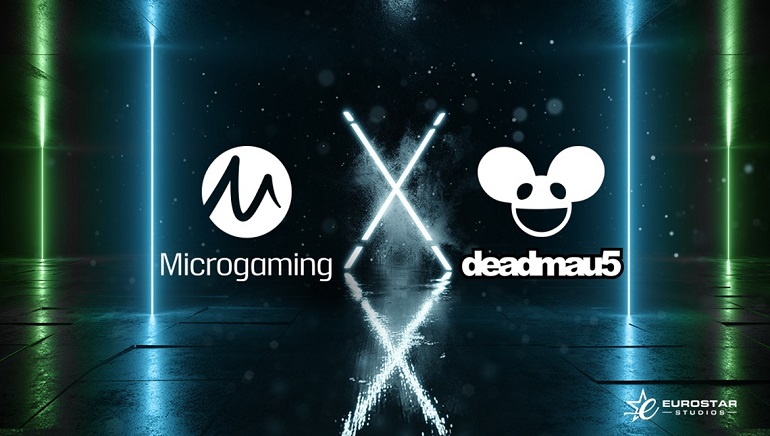 Fans of Canadian DJ and producer deadmu5 can now experience an official slot game that has been released exclusively by Microgaming.

Microgaming has successfully developed a network of game developers that provide the multi-award-winning software provider with exclusive releases. The very latest example comes from a collaboration with Eurostar Studios, which is responsible for developing the officially licensed deadmau5 slot that is available now at participating Microgaming casinos.

Electronic dance music fans are fully aware of deadmau5 as a world-famous DJ and producer who has released hits such as Ghosts ‘n’ Stuff, Sofi Needs a Ladder, and Strobe. Known for wearing an enormous mouse head, the Canadian’s real name is Joel Zimmerman and he has legally approved the development and release of this licensed slot game.

The deadmau5 slot has been designed with official music and visuals, while the gameplay is displayed on an interface with five reels and three rows. Rather than incorporate paylines, Eurostar has integrated 243 ways of winning when symbols are matched in adjacent rails from left to right across the mobile-compatible screen.

Depending on the jurisdiction, wagering can range from €0.20 up to €100.00 and an auto-play function can be activated for up to 100 spins. The standard symbols include a cast of glamorous dancers along with diamonds, hearts, clubs, and spades. With the Rolling Reels feature, any winning symbols are removed and automatically replaced with new ones and a multiplier up to 10x.

The wilds have been included to substitute for absent symbols, though can also be stacked on the third, fourth, and fifth reels. Another related feature is Drop the Wild, which can trigger at random to provide a win after transforming the second, third, or fourth reels completely into wild symbols.

The deadmau5 slot also includes Cube Scatters that can come into play when three, four, or five cubes are landed to trigger 10, 20, or 25 free spins, respectively. While free spins are running, the Rolling Reels feature shall still apply.