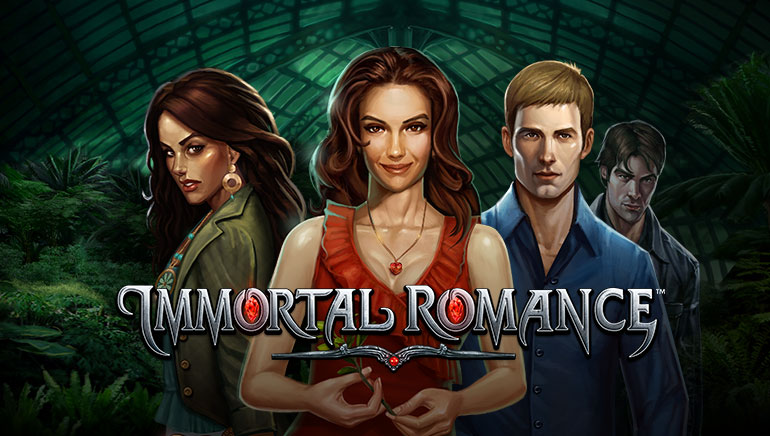 The smash-hit game from Microgaming is now new and improved and players can catch the new version, now.

Microgaming has released a revamped version of their hit classic, Immortal Romance. It has been almost a decade since the release of the original game and the power of Immortal Romance continues to reign supreme and enchant players from all over the world. Immortal Romance is available on more than 200 online gambling platforms worldwide, including the biggest online gambling jurisdictions. This award-winning slot remains one of the industry's most iconic and popular titles.

The original game, which remains a fan-favorite, has now been revamped, complete with a new HTML5 format that supports an entirely new array of feature upgrades. Some of the improvements include free games and autoplay, enhanced animations, quick spin, and improved audio that makes the original soundtrack crystal clear.

This vampire-themed slot game has mesmerized players and now it is better than ever with all its classic blood-draining features. Players will recognize the Chamber of Spins, giving players the option to select between four different spin options that present the characters of the game, the Wild Desire feature, which can boost winnings exceeding over 12,000x the initial bet, but with a ton of upgrades.

Let the supernatural mystery of Immortal Romance hypnotize you and be amazed by the all-new version.

Andrew Clucas, Chief Operating Officer at Microgaming, related: “In today’s gaming landscape, we must continue to strive to ensure that our entire casino offering remains at the top of its game – so while we will continue to provide quality game releases every month, we are also enhancing and optimizing our current offerings, such as our popular classics and feature-rich games, to bring players even more enjoyable and entertaining gaming experiences. Immortal Romance remains one of our most popular online slot games of all time. The remastered upgrades enhance and pay homage to our Immortal Romance brand, which continues to be enjoyed by players around the world.”