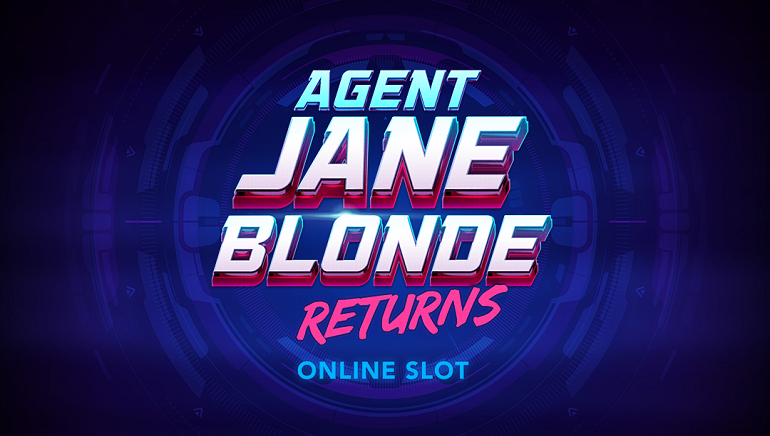 Agent Jane Blonde Returns is a sequel to Microgaming's 2005 slot and it is the second game resulting from the company's cooperation with Stormcraft Studios.

The popular heroine Jane Blonde, who made her first casino appearance in 2005 in Microgaming's slot of the same name, is set to come back in a new game with a self-explanatory name: Agent Jane Blonde Returns. Microgaming will be showcasing the new slot at the iGB Live! 2018 conference, currently underway in Amsterdam.

The Agent Jane Blonde Returns slot is a fruit of cooperation with the independent developer Stormcraft Studios, who signed an exclusive content deal with Microgaming. This will be their second title under the deal after the debut they had with Fortunium slot.

The success of this initial release inspired the company to trust Stormcraft Studios with the task of bringing back to life one of their old titles, featuring a Bond-esque female spy who, like her male counterpart, is prone to getting in trouble and finding clever ways out.

Those present at iGB Live! will get a sneak-peak into the world of Jane Blonde as envisioned by Stormcraft designers. Although the information about the new slot is scarce at the moment, we know it will be a five-reel slot with 15 paylines, so more along the line of traditional slot machines, staying true to the original.

Of course, the game will take advantage of modern technologies that weren't available more than a decade ago, so Agent Jane Blonde Returns promises high quality graphics and atmospheric sounds that should help pull the players inside the exciting world of intrigue and espionage.

As usually, Microgaming is putting up the show at their iGB stand to accompany the new game announcement, so visitors will not only be able to see Agent Jane Blonde in action on the reels but also get a scoop of ice cream while testing the new release.

The official release date when Agent Jane Blonde Returns would be available for play at online casinos wasn't revealed by the company.