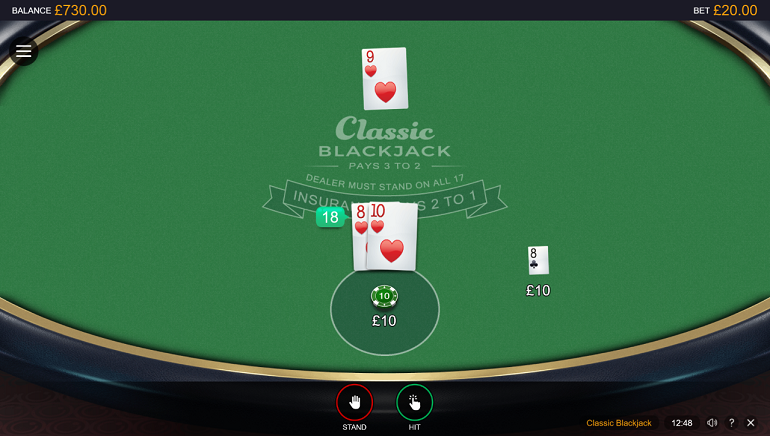 Microgaming and Switch Studios will be releasing six new table games in the month of December, including new baccarat tables and five new blackjack variations.

Microgaming has announced their plans for December to refresh the offering of table games through six new releases from their partner company Switch Studios. The independent studio working exclusively for Microgaming will be releasing six new table games in the upcoming period powered by latest technologies and offering a next level experience for mobile and desktop devices.

Earlier this year. Switch Studios have released their version of European Blackjack and now they'll be expanding on that release by launching Vegas Strip Blackjack, Classic Blackjack, Atlantic City, and Vegas Downtown Blackjack on December 4. Then, on December 11, the company will also release their Single Deck Blackjack variation.

In addition to a smooth gaming experience and high quality visuals, all games also feature standard side bets such as insurance, split, and double down. Thanks to the powerful engine used to create the games, players can enjoy their blackjack sessions from the comfort of their homes or while on the go, playing from their mobile devices.

Something for Baccarat Fans

Alongside the release of Single Deck Blackjack, Switch Studios will also launch their version of Baccarat on December 11. This version offer a new take on the timeless casino classic through high quality graphics and player-friendly gameplay.

The game won't just offer high quality visuals but also several features to improve the overall experience. This includes a card squeeze mechanic controlled by the player (which is an important element for serious baccarat players), a customizabale scorecard, advanced statistics, as well as a Turbo Mode.

According to Microgaming, the new wave of table games is set to revolutionize the market and offer a completely new breed of table game experience. Switch Studios have echoed these sentiments, emphasizing the fact that each game comes equipped with an option for the operator to implement branding on the table, cards, etc.