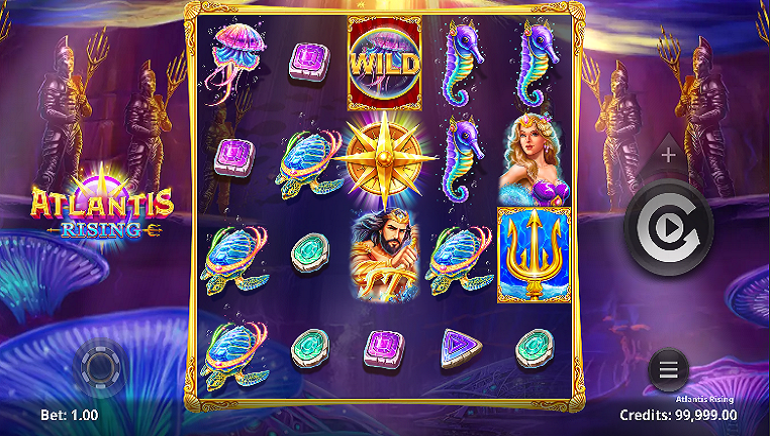 Mega Moolah Goddess and Ancient Fortunes: Poseidon™ Megaways™ are two of the 12 new video slots to release on the Microgaming network in May 2021.

May 2021 has proven to be a banner month from UK-based software provider Microgaming, which has released several new games for participating casino sites. Microgaming now depends on a network of third-party studios that develops exclusive content for the provider.

Developed by Just for the Win, Serengeti Gold is a safari-themed slot game with African buffalos, elephants, leopards, lions, and rhinos. Serengeti Gold includes Hyperhold™ respins and Static Jackpots with the prospect of a 2,500x Mega Jackpot.

Alchemy Gaming developed the 10,000 Wishes slot for release on 6 May with an Arabian theme and the ability to trigger a 10,000x jackpot within the Wheel Bonus. The jackpot round also has smaller tiers to play for, including Mini (15x), Minor (50x), and Major (500x).

Scarab Gold is an Egyptian slot from Inspired, which will also be responsible for the forthcoming release of the Cops ‘n’ Robbers Megaways™ slot. In Scarab Gold, users will encounter the Mystery Boost feature within the slot’s mechanics.

Mega Moola is one of the most famous Microgaming releases, given that the slot has been developed with a multi-million-euro progressive jackpot. In the brand-new Mega Moolah Goddess slot, users will encounter an Egyptian theme and three scatters symbols that must be obtained to reach the jackpot wheel.

The next slot is from SpinPlay Games and is entitled Atlantis Rising with the purpose of focusing on the legendary lost underwater civilisation. Released on 11 May, the Atlantis Rising slot incorporates themed special features in the form of Rising Wilds and Wild Blasts.

Partnered with Big Time Gaming (BTG), developer of the Megaways™ feature, Triple Edge Studios has produced the Ancient Fortunes: Poseidon™ Megaways™ for release in May 2021. With Rolling Reels™ and the ability to win by matching symbols in adjacent reels, the user can win one of 117,645 ways on each spin.

All41 Studios is the next to partner with BTG – this time for the development for the Joyful Joker Megaways™ slot. Rolling Reels™ have also been integrated into a retro-inspired slot where the key symbols include bells, fruits, horseshoes, and jokers. Joker spins and free spins have also been included within the special features.

Released on 20 May, Silver Seas is new from Gold Coin Studios and can enable users to win 2,000x times their stake by correctly aligning silver symbols. Meanwhile, the Free Spins Wheel can yield up to 30x free spins along with a 3x multiplier.

While Book of Inti releases earlier in the month from Golden Rock Studios, King of Cats is more eagerly anticipated, based on a third-party partnership with BTG. Developed as a double game, King of Cats lets the user choose to play either a lion or puma version of the video slot.

Arguably the strangest release is slated to be Risitas en Gansters, which released later in the month, having been developed by Spanish studio MGA Games. The slot centres on internet sensation El Risitas, who is famous for their laugh.