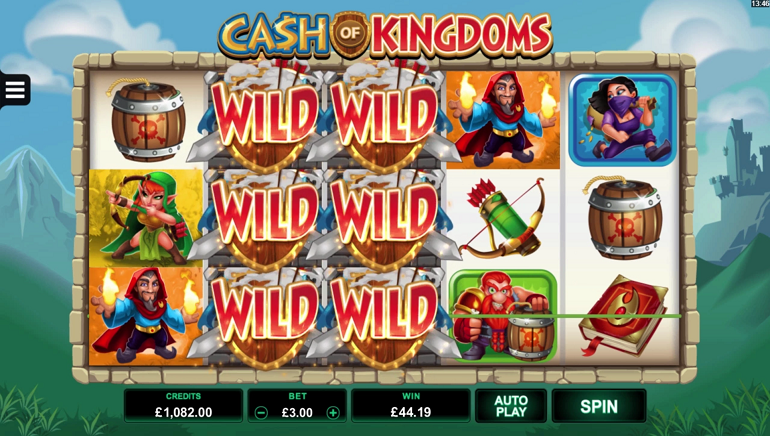 On Day 3 of Ice Totally Gaming, Microgaming announced its newest slot game, Cash of Kingdoms, to an encouraging audience. The new slot from Microgaming is a 5x3 slot with 15 paylines that's supported on desktop and mobile.

On Day 3 of Ice Totally Gaming, Microgaming announced its newest slot game, Cash of Kingdoms, to an encouraging audience. Microgaming celebrated its new slot (to be released later this year) at ICE with a Microgaming Bar, furnished with archery targets, gunpowder keg tables, full suits of armor, and other game-themed decorations.

It’s no surprise that Microgaming chose to unveil its upcoming slot at ICE Totally Gaming; the expo is arguably the biggest annual gaming event in the world, and it is often a forum for gaming companies to reveal their latest innovations.

The new slot game from Microgaming is a 5x3 slot with 15 paylines that's supported on desktop and mobile. It’s a medieval fantasy slot with a slew of endearing heroes: the Knight, magical Mage, the Rogue, Archer, and the bearded Bombardier. These heroes, along with the actual player, form a team that’s ready to face any obstacles in the way of its fortune and riches.

Cash of Kingdoms is built on a strong game engine that will give players an action-packed escapade with fantastic payouts. Combining an exciting feature set with a popular theme that appeals to many mobile gamers, we anticipate Cash of Kingdoms to be a long-term player favorite. It’s the perfect adventure to add to our diverse games roadmap for 2018.

Cash of Kingdoms includes a brand new Microgaming feature: Invading Wilds. This feature shoots a volley of fiery arrows into the reels, but it’s not yet clear how the arrows will actually add to player wins.

While the exact launch date of the slot has not been revealed, slot fans can expect to see it sometime in 2018. Hopefully, we’ll get some more info about the Invading Wilds, RTP, and other specs closer to its release date.