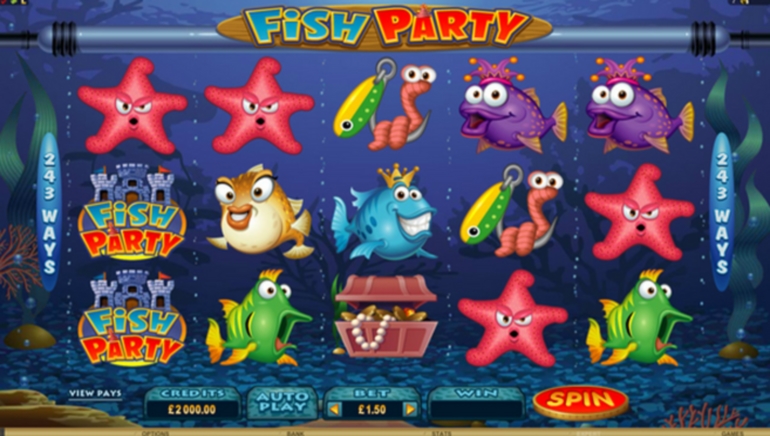 A very big announcement by Microgaming came recently as three players won the biggest jackpot in the game’s short history. Launched in 2016, Fish Party has recorded its biggest win to date with a whopping €317,849.78. The lucky players were competing in the €20 buy-in tournament and won the pot a little after midnight (GMT) on the 17th of October.

Alex Scott, who oversees poker at Microgaming was thrilled to hear about the win too. “What an exciting three-handed battle this was, congratulations to the winners! Our unique Fish Party progressive jackpot SNG has now awarded over €1.2 million in jackpot prizes, a milestone we are very proud of. At this rate, it won’t be long until we hit two million! I can’t wait to see who the next winners are.

It's a Fish Party

The Fish Party Slot has 5-reels and is a 243-payline format slot. The game is themed as an underwater paradise with beautiful graphics, symbols, and overall design. The game can be found at many online casinos with Microgaming content, and due to its progressive jackpot format, it grows until it’s been won. Winning a jackpot like this one is definitely an amazing experience and one that every player should feel at least once in his/her life.