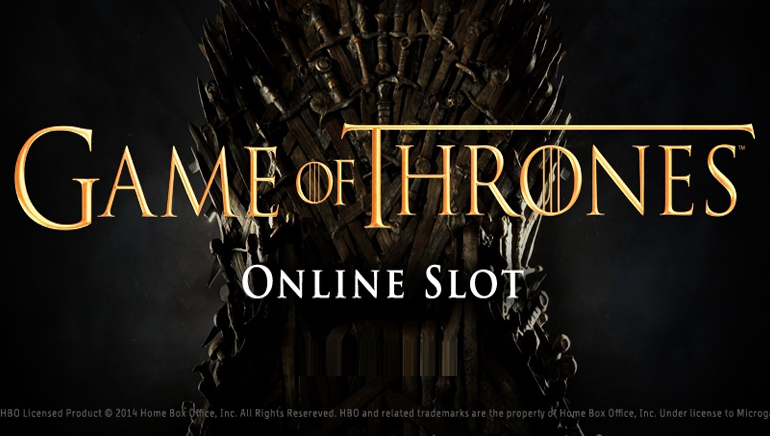 Officially dubbed "Game of Thrones Online Slot", the game is built on Microgaming's classic 5x3 spinning reels including the traditional wilds, stacked wilds and scatters. The slot brings the world of the Seven Kingdoms of Westeros to life with animations from the series accompanying players as they spin the reels. At the onset of the game players can choose whether they want to play in a 15-payline mode or a 243-ways-to-win mode. The top prizes stand at 75,000 coins for the lines game and 121,000 coins for the 243-ways-to-win game.

One of the highlights of the game is the free spin feature which activates whenever players land three or more Iron Throne symbols on the reels. This takes players to a bonus screen where they are asked to choose which house they wish to serve: Baratheon, Lannister, Stark or Targaryen. As in the dangerous political world of Westeros itself, the different houses offer different amounts of free spins and multipliers which rack up wins for players. The feature can be re-triggered if players land three Game of Thrones symbols during a free spin.

Aside for the free spin feature, Game of Thrones features a nifty gamble feature where players predict the outcome of a coin toss for cash prizes.