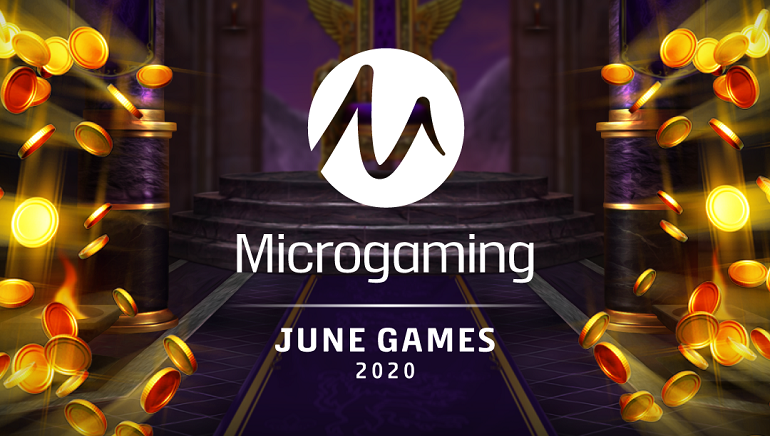 Microgaming will release more than 20 new slots in June, supplied by independent game studios and compatible with mobile devices.

Microgaming is one of the leading software developers, with an extensive portfolio of slots, table games and video pokers. It is also one of the most active producers of online casino games and June appears to be one of their most prolific months. The software developer has unveiled its lineup of games for the first month of summer, with the list including everything from fantasy and football to fishing-themed slots.

The games announced by Microgaming for June are developed exclusively by their team of independent game studios. This means that the games are certified fair and support the same solid graphics and gameplay that have made the developer famous. Players who choose to spin the reels of these new slots can expect engaging gameplay, stylish artwork and immersive sound effects. It goes without saying that all the new releases are compatible with mobile devices and can be enjoyed on smartphones and tablets.

11 Champions is one of the games unveiled by Microgaming in June, a slot developed by Gameburger Studios. This is a slot defined by high volatility, with a modern five reel and 20 pay lines structure. Those who appreciate these characteristics but seek a game with a fantasy theme have two worthy options this month. Fortune Factory Studios’ Aliya’s Wishes and Age of Conquest by Neon Valley Studios deliver the kind of experience sought after by the fans of this genre.

Roman Power is another slot announced and released by Microgaming this month. The name speaks for itself and punters who choose to try their luck with this slot can expect a history-themed title. Later this month, the software developer will enthrall its players with yet another game called Aurora Beast Hunter. This game developed by Just For The Win has random cash prizes and a plethora of special features. In the final days of June, players will also have the opportunity to spin the reels of Wild Catch video slot.

June promises to be an exceptional month for those who appreciate high quality slots such as those developed by Microgaming. With a lineup of more than 20 games scheduled for release until the end of the month, players will have their hands full.