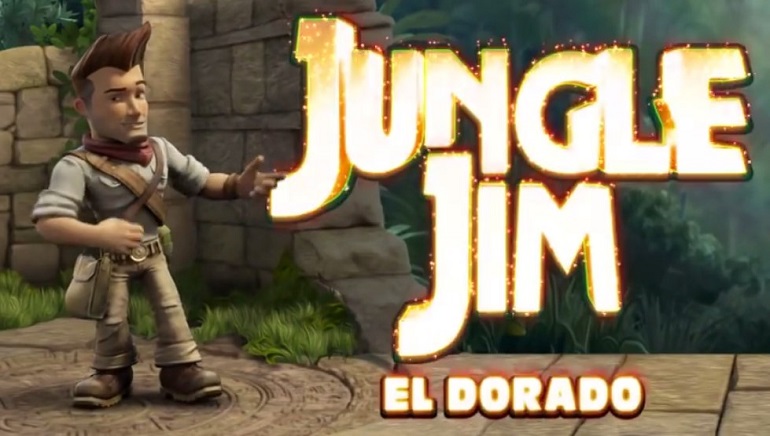 El Dorado, the city of gold, has been capturing the fancy of adventurers and explorers for centuries. The dream of immeasurable riches hidden in the heart of the jungle pushed them forward against all odds, fueling the hopes of turning their lives around overnight.

Microgaming's new Jungle Jim slot expands on El Dorado legend as you follow the adventures of Jungle Jim finding his way through the Amazonian jungle. Exciting story coupled with amazing graphics and a lot of features make this slot, set to be released on September 7, something to really be excited about.

For those familiar with NetEnt's mega popular Gonzo's Quest, Jungle Jim slot will seem familiar. It even features the same Aztec theme, although Jim is a more modern adventurer, resorting to new technologies in his quest for long lost treasures.

The game will feature 5 reels with 25 paylines (unlike Gonzo's 20). Rolling Reels will ensure the non-stop action as symbols on the winning lines explode, making way for new ones. As long as symbols line up to form a payline, the action will continue and you will keep winning, with a multiplier increasing with every new win (up to 5x).

Clearly looking to challenge Gonzo's Quest, Microgaming developers really stepped up their game with the Jungle Jim - El Dorado slot. Crisp graphics, smooth animations, and symbols that help create a fully rounded experience could make this game a new favorite among the players who enjoy these adventure-themed slots.

The accompanying music and sounds add to the atmosphere, creating an air of expectation and uncertainty. Coupled with remarks and shouts from Jim himself throughout the game, Jungle Jim - El Dorado will not only make you feel like you are on an actual treasure hunt but it will also make you laugh on occasion.

With Jungle Jim - El Dorado slot you can expect to win a maximum of 8,000 coins, which isn't huge but it also means that this isn't a high-variance slot. In fact, announced return to player is in the 96-97% region.

Your path to El Dorado gold is through the free spins feature which is triggered by three scatters appearing on a payline. You will receive free 10 spins (which can be re-triggered) with a multiplier starting at 3x and reaching astounding 15x after five successful falls.

If you can put together five of a kind while 15x multiplier is active, you can freely say you struck gold!