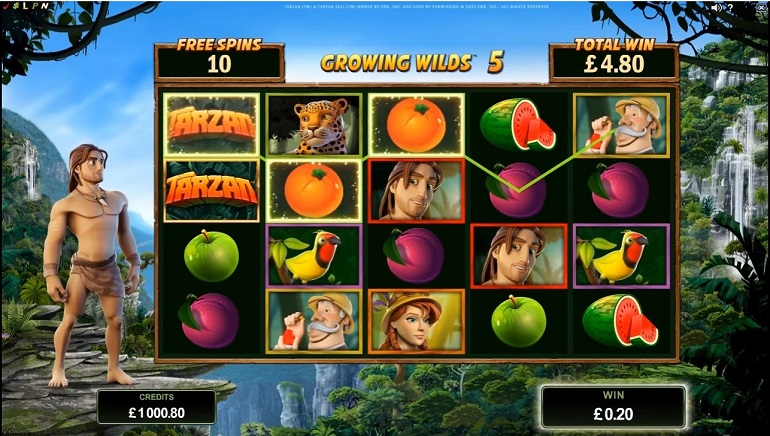 Tarzan is the title of Microgaming's latest 5-reel, 40 payline release. It is based on the classic Edgar Rice book "Tarzan of the Apes" and will certainly provide a fun filled adventure for all players.

Microgaming has recently announced the release of a new, highly anticipated game, slated for December, 2016. The game in question in called Tarzan, and while there is no exact date for the release, players will be able to follow the lovable jungle hero’s adventure in some of the biggest online casinos such as LeoVegas Casino, Rizk Casino, Unibet Casino and a bunch of other major online casinos.

The game is a 5-reel and 40 pay-lines slot which will work both on desktop devices as well as mobile ones. The theme of the game takes after Edgar Rice’s book “Tarzan of the Apes”, something most slot news related outlets presumed when in late July, Microgaming reached an agreement with Edgar Rich Burroughs, Inc. the late author’s company.

All the game’s symbols take inspiration from the book with the more important ones featuring characters such as Jane, Archimedes, a leopard and a chimp. Higher value symbols tend to cover two position on the reels while the lower value ones are represented by exotic fruits.

The wild symbol can substitute all other symbols and is represented by the game’s logo while the scatter symbol is a wheel with “Bonus” written on top of it.

The most important feature of “Tarzan” is the Wheel of Fortune, which can be triggered by hitting three scatter symbols. Once the feature is triggered, a giant wheel with 4 different prizes appears, with Tarzan himself also making an appearance in the right corner, spinning the wheel and awarding the player a prize. The prizes include: