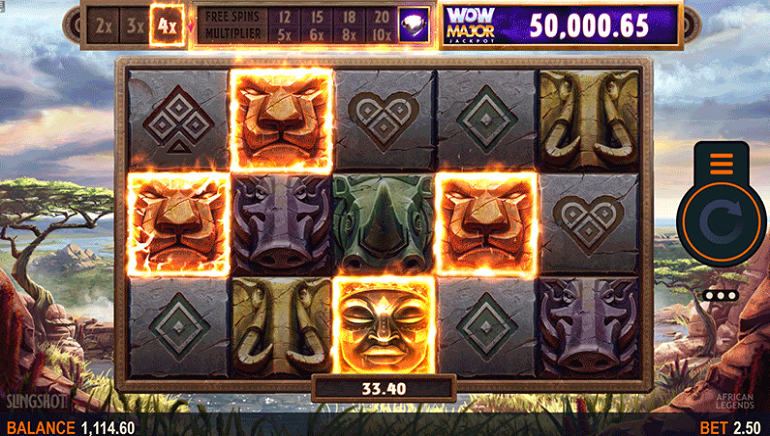 Leading online casino software provider, Microgaming has launched a dizzying variety of online casino games in October. These include hugely popular titles from independent studios, and exotic adventures across the board.

This high-energy slot game showcases 243 ways to win, with numerous in-game features including Rolling Reels™, Wild Blast™, and a spectacular array of hoof-stomping beasts. This captivating slot machine game also features the Wow Major jackpot, with a seed amount of €50,000. For the year to date, it has already paid out over €16 million!

A Powder Keg of Entertainment Ready to Explode

Next in line is Western Gold, courtesy of Just For The Win Studios. This absorbing slot machine game was released on Tuesday, October 13. It's a powder keg of entertainment waiting to ignite. This game is a high volatility masterpiece, with nail-biting excitement to boot. Featuring  40 paylines,  Golden Wild symbols, Scatter Horseshoes, and plenty of free spins. It goes without saying that players have saddled up for a big win with Western Gold slot.

On Thursday, October 15, Microgaming's 777 Royal Wheel will be released. This game, in partnership with Pulse 8 Studios, is an instant hit. It plays out on a 5x3 reel format with plenty of re-spins and random wilds. Players can win up to X24 wild multiplier too. Luckily, there's plenty more where that came from!

The Lord of the Apes Comes Swooping in this October

Come Tuesday, October 20, Microgaming is set to blaze a trail with a masterfully-created slot. Based on the Edgar Rice Burroughs novel, 1918, Tarzan® and the Jewels of Opar™ brings the magic of the jungle to life. Set in the city of Opar, Tarzan and his friends are seeking out riches beyond their wildest dreams.

Players get to join the jungle man, complete with escalating scatter-initiated jackpots, with winnings of up to X 5,000. Players also stand a chance of winning X 30 Free Spins at X 10 for epic wins. Of course, you'll have to swing in with the Wheel of Priestess La™ to enjoy this immersive feature.

Towards the end of October, Microgaming in conjunction with All41 Studios will release Wanted Outlaws slot. As its namesake suggests, this high-energy slot machine game plays out on a 5 x 5 reel grid, with 3,125 ways to win. Fans get to enjoy cash bounties of X 200 on their bets, courtesy of Wanted Posters during the Free Spins rounds.

This is the second such Microgaming title to employ the Nobleways™ mechanic. Aquatic Treasures, in partnership with Gold Coin Studios is set for an October 29 debut. This 5x3 reel slot game features medium volatility, and plenty of Free Spins and expanding Wilds to boot.

Other top Microgaming selections to be released include, Fluffy Favourites from Eyecon, Royal Mint from Big Time Gaming, The Final Countdown, and Chocolates.