Microgaming's The Phantom of the Opera Slot Goes Live 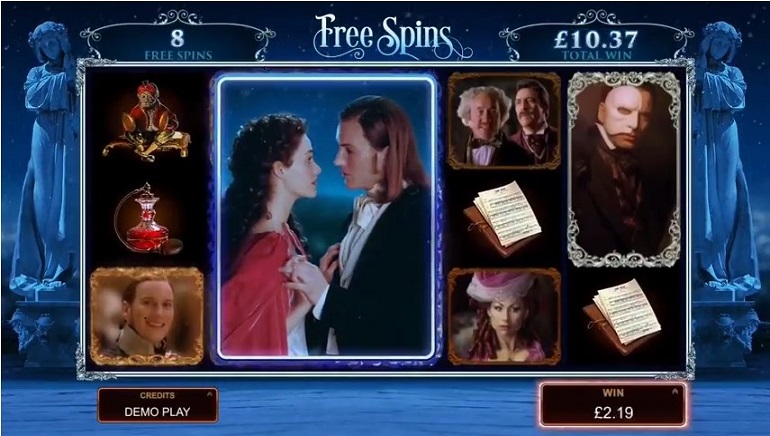 The Phantom of the Opera features 243-ways, original movie elements, and three different bonus features players can choose from when three scatters land on the reels.

The Phantom of the Opera, a new slot by Microgaming that was announced earlier this year, has finally gone live at online casinos. Back in February, Microgaming signed a deal with The Really Useful Group, acquiring rights to create a game based on the 2004 movie of the same name. Today, some eights months later, the 243-ways slot is finally ready to welcome the players.

Microgaming Gets it Right Once Again

There are numerous slots based on various movie titles, but Microgaming is one company that has proven time and time again they know how to transfer the movie atmosphere onto the reels. The Phantom of the Opera features original music from the 2004 film based on the musical by Andrew Lloyd Weber. Sound effects featuring short but memorable movie quotations are also a nice touch, helping to set the mood.

Fans of the film will find symbols on the reels very familiar as well. There are several characters, from Phantom himself to Christine, Carlotta, and Raoul. Lower paying symbols are represented by items such as a red rose, binoculars, a poison bottle, a letter, etc.

Fun Begins with the Mask

Phantom's mask represents a scatter in The Phantom of the Opera and landing three of them on the reels will trigger the bonus pick feature. Players have several interesting choices at their disposal, which makes this slot all the more entertaining.

Music of the Night free spins awards ten free spins with random Phantom features. These features include win multipliers (up to 4x), wild reels, and random wilds. Moreover, two or three features can be triggered on the same spin, which can lead to some massive wins.

The Masquerade bonus is a click-and-pick bonus game, but players can increase their win multipliers and move up through the levels to improve their winning chances.

Finally, All I Ask of You free spins give players ten free spins with dancing wilds, where Christine and Raoul symbols turn wild and, when landing on the same or adjacent reels, expand to cover additional positions on the reels.

All in all, Microgaming did not let us down with this new slot, as The Phantom of the Opera features very nice graphics, original music, and some rather innovative bonus features. The game also has a rather high winning potential, which certainly adds to the excitement.