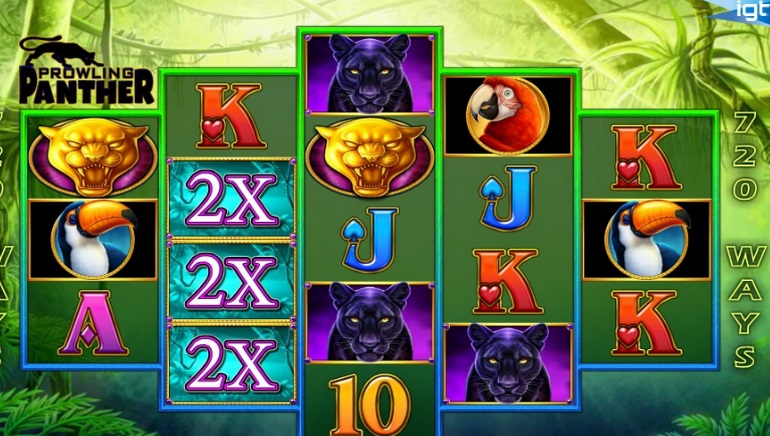 April saw SlotsMillion reveal that IGT slots have been released to the casino site. Get some details on what slots are available to play.

SlotsMillion is a casino site known for having more than 1,000 slot titles from a broad range of the industry’s leading software providers. Following an April 2018 upgrade, SlotsMillion will now be able to give users IGT slots to play. And this is significant news because of IGT’s high standing within iGaming software development.

For players, the installation means that they will have access to more than 90 IGT slots at SlotsMillion, where the vast majority of games are designed to be compatible and playable on desktop as well as mobile screens.

IGT slots have explored many of the popular themes currently used in game development. As a result, this has led to IGT creating the likes of Lucky Larry’s Lobstermania 2, Candy Bars, Cleopatra, MegaJackpots, Pixies of the Forest, Prowling Panther, Siberian Storm, Wolf Run, DaVinci Diamonds, and Day of the Dead.

IGT has also been able to secure A-list licensing agreements to produce a deep selection of branded slots. Some of the top examples include Ghostbusters, Family Guy, Monopoly, Wheel of Fortune, Transformers: Battle for Cybertron, Black Widow, Sherlock Holmes: The Hunt for Blackwood, CSI, Cluedo, and Dungeons & Dragons.

After being founded in 1975, IGT still maintains a Las Vegas office. In the years since then, IGT has undergone major growth and transition, having expanded to establish a presence in Rome, London, and other destinations. Today, the company is capable of generating annual revenue in the billions of US dollars range.

In recent years, IGT was the subject of a 2006 takeover by Gtech Corporation. Ultimately, Gtech elected to move forward using the IGT name instead. In doing so, Gtech has been able to draw from four decades of time that had gone into making the IGT brand so widely recognised and appreciated in iGaming.