Morgana Megaways is a Walk on the Dark Side by iSoftBet 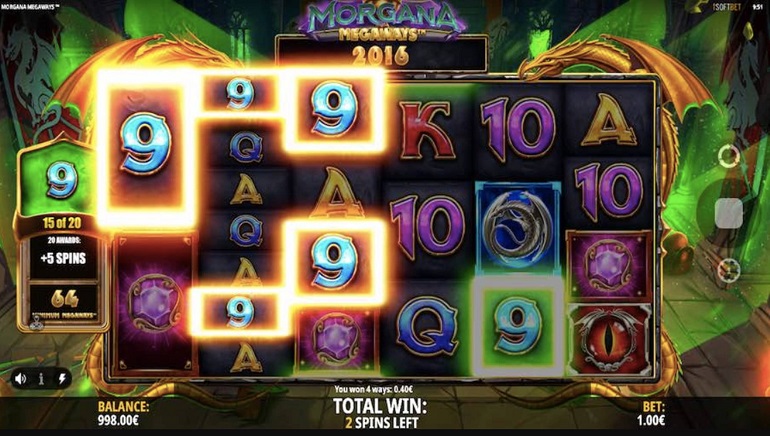 The Twisted Tale Series of Slots

Players can instantly trigger Free Spins when they land 3+ Grail Scatters on the reels. The number of Free Spins increases as the number of Grail Scatters increases. It is possible to win up to 30 Free Spins during the Free Spins feature in Morgana Megaways. This video slot game features a symbol collect mechanic as well, beginning with the 9 symbol, and advancing through a variety of symbols from low ranking to high ranking symbols.

Once players rack up the right number of symbols, it’s possible to win Extra Spins and Cash Prizes. It is also possible to increase the number of minimum Megaways in this video slot game. One of the game’s most impressive features is the Max Megaways feature. When this feature is triggered, it instantly guarantees 7 symbols on each reel with a max of 117,649 ways spin, and immense winning potential.

The release of Morgana Megaways follows hot on the heels of other popular slot machine games like Majestic Megaways and Fu Fortunes Megaways. As the latest rendition in the Twisted Tale series of slots, Morgana Megaways follows on from the runaway success of Sherriff of Nottingham. iSoftBet is now fully licensed in 17 regulated markets globally, with a high-quality selection of online casino games for legal-age players.