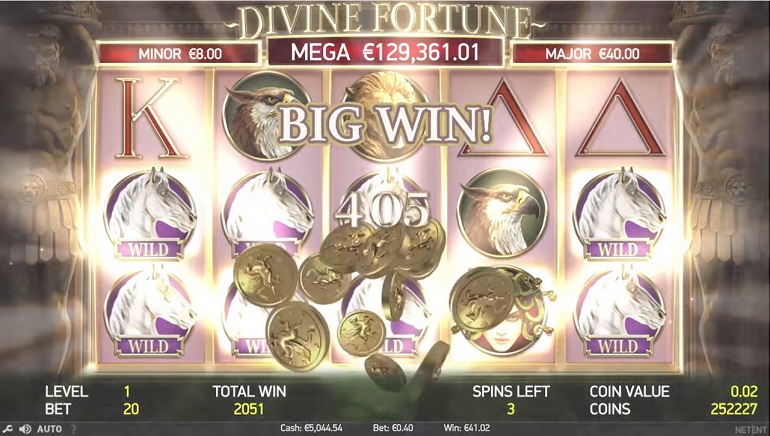 NetEnt and Microgaming were the most productive with new slot releases in the first six months of 2017, but we've seen a few great titles by other developers as well.

Developers of casino slots always strive to offer something new and different for their players. No matter how good a particular game might be, people will get bored with it after a while, and thus, it is imperative for game developers never to stop innovating.

The first half of 2017 saw quite a few new slots hit the virtual shelves. Some were designed by the big names in the industry, while others belong to young(er) up-and-coming companies looking for their place under the sun. In this feature, we'll mention some of the best new releases we've seen so far in 2017, on the merits of the design, overall atmosphere, special features, and more.

One of the absolute leaders in the developers' niche, Microgaming has had a very busy year so far, as the company continued releasing new titles every couple of months, ensuring their partners are happy and players are entertained.

The company started the year in style, releasing two new games at the beginning of January. Huangdi the Yellow Emperor was one of these two titles, and we believe it is one of the more innovative games we've seen in 2017. The slot commemorates the Battle of Zhuolu, an important part of Chinese history, featuring some facts and many mythical elements. Apart from an interesting historical background, game designers did a great job bringing the theme to life with authentic classic Chinese symbols and original in-house created music.

Although Microgaming released quite a few titles in 2017, another game we think deserves a special shout is the one that came just recently: Forbidden Throne. This slot has really impressive graphics and features an interesting idea of guaranteed stacked wilds on every spin. With this feature, it creates an atmosphere of expectation and excitement as every next spin can truly bring a huge win. It is clear that designers used the power of new technologies to bring this game to life and it shows. You can check Microgaming's goods, new and old alike, at recommended Microgaming-powered casinos.

The other company leading in the game suppliers' niche, NetEnt certainly kept up with Microgaming, releasing a number of new titles throughout the first half of 2017. Some of their releases were more of the same, but a few titles certainly made an impression.

Divine Fortune was the first slot NetEnt released in 2017, and it didn't bring too much new in terms of graphics or special features. However, it did bring another progressive jackpot for players to try and catch, accompanied by two smaller jackpots that change depending on the size of the bet. Other than that, Divine Fortune features symbols from the Greek mythology, which is hardly something new, but ancient Greece and Egypt simply seem to work well with casino slots.

Wild Wild West: The Great Train Heist was released late in February and, as the name suggests, the game features a Wild West theme. Designers took a very interesting approach on this one, as the graphics were developed in a comic books style, with the imagery reminiscent of handmade artistic drawings and speech bubbles. The Wild Wild West also features four different special bonuses during the Free Spins round, which adds some versatility to the game. A fun slot overall, and especially appealing for those into Westerns.

Jungle Spirit: Call of the Wild is another slot that impresses with its overall visual and audio performance. Inspired by Rudyard Kipling's classic The Jungle Book, Jungle Spirit successfully creates an edgy atmosphere throughout the game. To top it all off, players get to choose their Spirit Animal during free spins, which means you get to pick based on how lucky you feel. Check it out for yourself at NetEnt powered casinos.

Play'n GO definitely deserves mention for their Viking Runecraft slot, which features a familiar Norse theme, with Viking deities taking the central role, but in an entirely different setting reminiscent of various Saga games found on Facebook. This release, as well as a few others, are indicative of a new trend among the developers looking to attract millennials who have a different idea about what a good slot should look like.

Betsoft continued to develop high-quality 3D slots, confirming this was their area of expertise, releasing, among others, The Slotfather II and The Angler.

Endorphina continued with its originality with slots like Twerk, Diamond Vapor and In Jazz among others; there was even some controversy around their Maori-themed slot.

Just recently, Thunderkick has released their Flame Busters, a new slot featuring arcade-like graphics and sound effects, taking players on a trip down the memory lane. Apart from its nostalgic atmosphere, Flame Busters does offer a potential for some big wins in the bonus game.

The world of video slots is a wondrous and huge, with so many known names and veteran developers as well as new names always popping up, to our great joy - simply too many to mention. So far we've seen some great games by smaller developers, and the fact there is so much competition to deliver awesome games is clearly great news for players. We're thrilled to see what's up the sleeve for the second half of 2017!