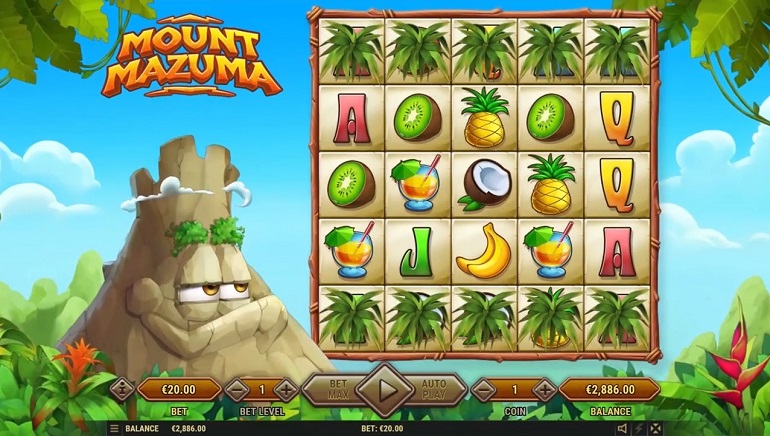 Habanero has released Mount Mazuma as a tropical slot that can expand the number of symbols and ways of winning.

Habanero Systems has introduced brand new slot game that has been titled Mount Mazuma. Tropical vibes are promised in this slot release that is fit for a variety of desktop, smartphone, and tablet devices at Habanero casinos.

The Mount Mazuma slot is set in a tropical paradise alongside a smiling volcano. To the right, meanwhile, is an innovative gaming interface that presents gamers with five reels and three rows. Over the course of the game, however, that could all change, with Mount Mazuma capable of expanding to display five reels and five rows of symbols.

At first glance, it might not seem obvious how that is possible, but Habanero has revealed that this is because the in-game symbols are capable of splitting in two. This is known as Super-Way and is intended that players should unlock it as a special feature.

Elsewhere in the special features, Habanero has designed cocktail symbols. These tropical treats can potentially unleash 10 free games whenever players mix three or more of the refreshing drinks together.

Then comes the Extra Chance feature that will commence if less than 5x times the bet is won at the conclusion of free games. Up to 500x times the player’s bet can be provided if they win less than 10x during free games.