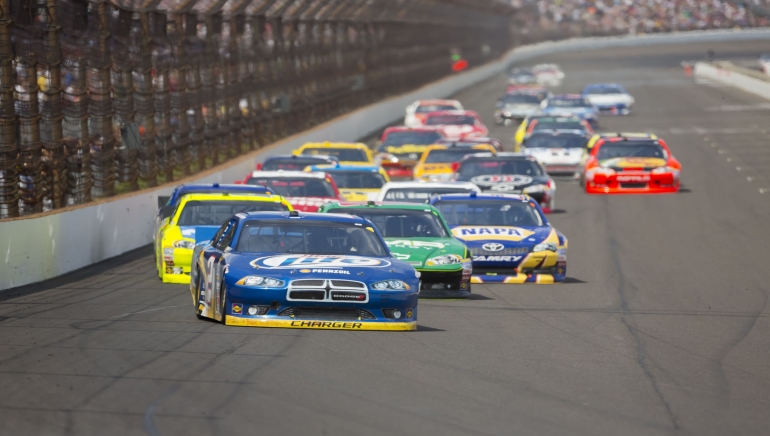 Nascar is back and we've got one of the fastest races of the year set for tonight at 1:00 GMT.

NASCAR's best drivers are back on the track on Wednesday, as 40 cars will fill the grid for the 2020 Alsco 500 at Charlotte Motor Speedway. This will be the third race in the NASCAR Cup Series that has raced in the last week. Denny Hamlin saw the checkered flag at the Toyota 500 and Brad Keselowski won Coca-Cola 600. The starting flag will wave on this 310.6-mile race at 1:00 GMT.

Jimmie Johnson is one of the favorites to win at Charlotte, as he has finished in the top ten in his last seven starts at the speedway. 888Sport has odds on an outright win by Johnson at 12.00. Johnson has won the track an amazing eight times over the span of his career and has recorded 22 top-10 completions.

The 44-year-old has also taken the lead in two of the last three NASCAR Cup Series races, which could make him the underdog that punters should consider.

Chase Elliot was on course to win the last race but after a caution flag late in the race, his win was taken from him. This gives a great indication as to which drivers will do better than others.

No Fans, No Problem

With an empty speedway, NASCAR may not be in that much danger of losing momentum due to the lack of fans. These cars are so fast and so loud that drivers cannot hear, nor see anything other than the track and the car in front. True, the thrill of having thousands of fans fill the seats will be missed, but NASCAR drivers rely less on their fans and more on their teams and their own skills.

888Sport will be offering a ton of bets throughout the race and punters can join and watch right on the bookmaker site.

The odds mentioned here were accurate at the featured bookmakers at the hour the article was written, respectively on Wednesday 27/5 at 11:00 GMT.