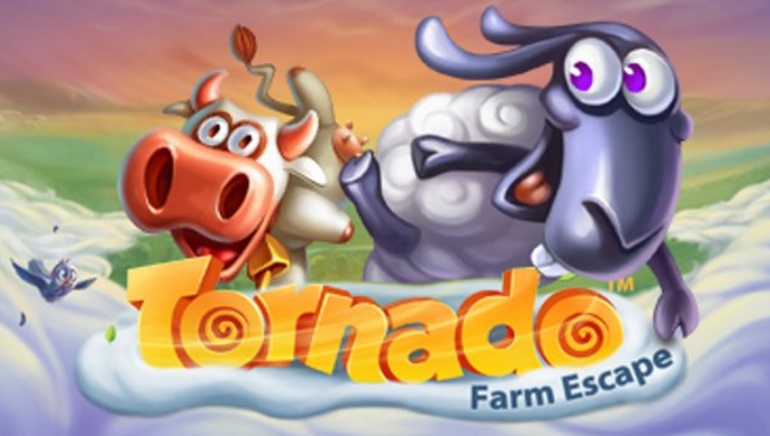 Have Yourself a Tornado Holiday

From the looks of it, Tornado: Farm Escape has all it needs to go down in NetEnt's hall of fame, with its comical theme and nifty features. Built on the classic 5-reel, 3-row, 20-payline structure, Tornado: Farm Escape takes place in a farm which was hit by a raging tornado, but there's a twist!

The farm's animals are happy to take a break from their tough farmer who looks in awe as the animals pack their bags and get on to ride the tornado for a holiday. This is when the players come into the action as they are swept into the eye of the tornado to spin the reels to the happy sounds of a fast banjo. The symbols are represented by different objects such as suitcases and sofas and the happy animals themselves, including a TV wild and Hot and Cold symbols. The stormy weather comes into play in the slot's special features.

The Tornado Feature is activated when Hot and Cold symbols appear simultaneously on reels 1 and 5: The symbol appearing in the second row of the center reel turns into a tornado which looks to collect all other appearances of the same symbol on the reels together with any wilds. During the feature, the reels keep on spinning until the tornado symbol is out – players get wins for every symbol collected and the maximum payout is a whopping 167,000 coins.

The Storm Feature starts randomly during spins when a thundercloud appears and randomly travels along the reels, generating wilds which substitute symbols on the reels to create the highest winning combinations on the bet lines.

One More Day to Escape to Online Casino Paradise