NetEnt's strategy is effectively being implemented.

The online provider has officially launched a selection of online games via the Caesars Interactive Entertainment (CIE) and Golden Nugget casino operators in New Jersey state.

NetEnt deal originally closed the CIE deal in July for content distribution of a full suite of casino games for desktop and mobile. The deal opened the door for NetEnt or legally launch games for the first time in New Jersey via licensed partners within the state.

Following up on the Breakthrough

The breakthrough for NetEnt that paved the way was the transactional waiver. It was granted by the state for to offer its online games in the state for the first time. As an operator originating out of New Jersey, NetEnt launched the Borgata online casino and bwin.party in New Jersey to become an online entity under state law.

The expansion of NetEnt is quite vital to the industry, in adapting online offerings of operators to the US market and new regulatory landscape. If NetEnt can show efficiency and operational quality, the regulatory authorities of all states could become more amenable to letting more foreign operators into the US market.

One way to increase user interest is through effective jackpot systems, such as the recent record aware for largest mobile jackpot ever, after a customer won €8.6 million ($9.1 million) on its Mega Fortune Touch slot.

Representing Sweden, the lucky winner won the prize via ComeOn Casino’s mobile website from an original bet of less than €1.50. The record comes on the heels of last month's awarding of a €4.5 million jackpot on Mega Fortune Dreams via Unibet Casino.

NetEnt is active on many fronts, and is at this point one of the driving forces in expanding the iGaming industry, in terms of presence and player engagement. 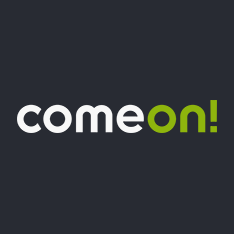